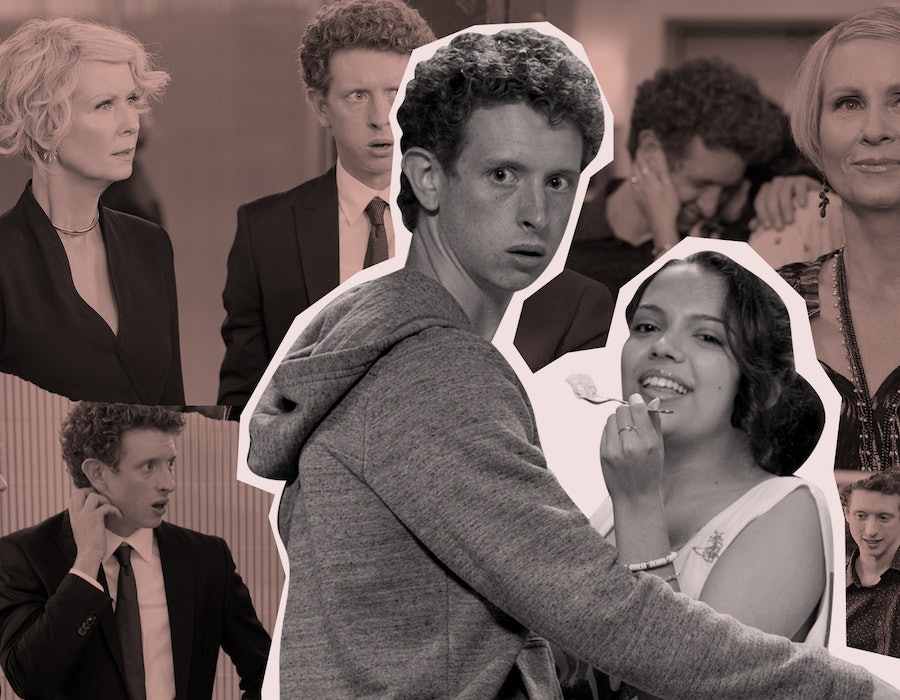 Finally, after watching the third episode of And Just Like That, the continuation of the Sex and the City story, I allowed myself to exhale. For the first two episodes, the show had a frantic, anxious energy, like a roller-skater windmilling their arms to keep their balance. It was damp with sweat from the effort of trying to justify itself, of introducing new characters, of reminding us why we liked the old characters in the first place.

By episode three, though, the show reached a cruising altitude. We’re still sans Carrie’s iconic (and I would argue underrated) voiceover, and sans-Samantha, but we were reunited with the easy rhythm to which longtime fans of the original show have grown accustomed. Much like the old days, new plot lines and beaus-to-be are being telegraphed with the subtlety of air traffic control, just how I like it.

But there’s something troubling me in the fairy tale version of New York, far more vexing than Anthony’s “hot guys delivering sourdough” business or the brewing “Miranda is an alcoholic” plot line. I’m talking, of course, of Brady.

Brady Hobbes, the son of Miranda and Steve the bartender, was introduced in the original Sex and the City show as a persnickety red-headed toddler who became the impetus for Miranda’s move to Brooklyn. Now, more than a decade later, Brady is a teenager. And he’s the absolute worst.

If Samantha were here she would say something like *Samantha voice,* “Honey, what you’re describing isn’t Brady crossing the line. He’s f*cking the line.”

While consensual sex isn’t something that should be shamed or guilted, Brady has crossed the line. (This is why I wish Samantha was in this new series, because if Samantha were here she would say something like, *Samantha voice* “Honey, what you’re describing isn’t Brady crossing the line. He’s f*cking the line.”)

This is a teenage boy, and he is living in a house with his two parents, and yet he seems to think it’s appropriate to have loud percussive penetrative intercourse next door to their bedroom. How does Brady — a teenager! — have the gall? If you’re a teen engaging in sexual behavior under your parents’ roof, at least have the decency to pretend to be subtle about it. He and his girlfriend aren’t just not subtle; they are showy. Last week, Brady’s girlfriend was out in the common area to get ice cream wearing just a t-shirt and underwear! With her boyfriend’s parents in the room!

Come on, Miranda. I know you’re having a not-so-subtle drinking problem this season, but let’s do a little parenting. I don’t want to have to keep seeing a tall, red-headed child sticking his tongue down a girl’s throat. I just want to find out if Charlotte will be able to handle using they/them pronouns in episodes to come.

I don’t want to have to keep seeing a tall, red-headed child sticking his tongue down a girl’s throat. I just want to find out if Charlotte will be able to handle using they/them pronouns in episodes to come.

In the series’ pilot episode, Brady and his girlfriend joined the group at a piano recital for Charlotte’s daughter (which in and of itself is a little weird — who goes to a piano recital for your mom’s friend’s kid?) The entire time, instead of doing what you’re supposed to be doing at a children’s music recital (clapping politely and praying for death), Brady spent the entire time making out with his girlfriend like they were in the back of a movie theater.

“Don’t sex shame me!” Brady whined when his parents deigned to comment that maybe his piano recital-adjacent hookup was getting to be a little much. This reboot’s attempt to acknowledge wokeness has been a little heavy handed, but even And Just Like That should know that that’s not what sex shaming is. We’re not saying Brady shouldn’t have sex, it’s just that he doesn’t need to always have sex, especially not within earshot of other people.

If Brady Hobbes is my least favorite character in And Just Like That, it’s only fair that I give you my favorite character — it’s Natasha (Bridget Moynahan), AKA the most glamorous woman I’ve ever seen. After finding out Big has left her money in his will, she returns to the series only to have to deal with Carrie’s bullshit all over again. Imagine finding your husband cheating on you with his ex, falling down the stairs and knocking out your teeth trying to catch her, and then years later still having to deal with her in your life? Natasha should take Big’s money with no apologies and buy a big, diamond-encrusted middle finger.

Alas, Natasha declines the money because she’s a woman who knows how to set boundaries. Now if only she could teach Miranda how to do the same with her terrible, terrible son.