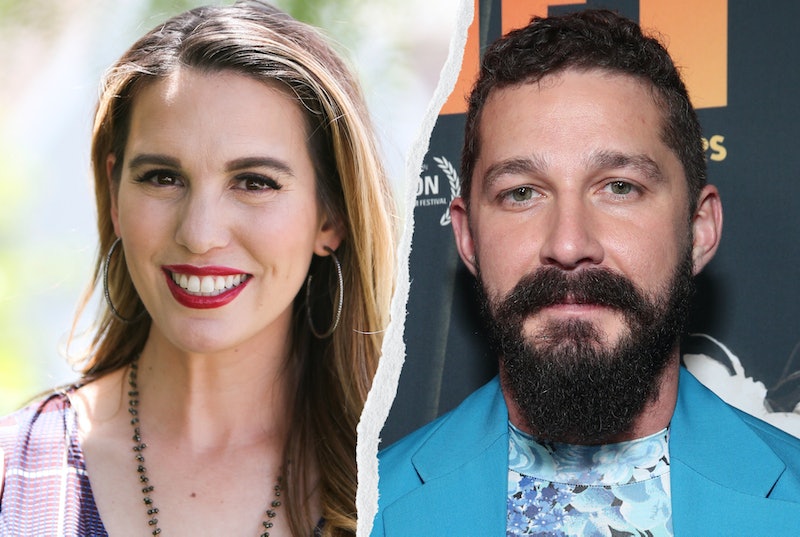 Since she started her YouTube series in 2019, former Even Stevens star Christy Carlson Romano has connected with an array of actors from throwback favorites — from Halloweentown’s Kimberly J. Brown to Phil of the Future’s Raviv “Ricky” Ullman. Though most of her videos feature fun kitchen antics and reactions to old shows and movies, Romano took a more down-to-Earth approach for her Aug. 24 entry, titled “Why I Don't Talk To Shia LaBeouf,” which quickly became one of the most-viewed videos on her channel.

“The person that I knew is not the same person now, just based on all of the life experience that he’s had,” Romano said of her former on-screen little brother. “And I’m not the same person that he knew ... I really do kind of wish at the time when I was younger, I would have given him a little bit more time and energy and love, like a real sister. I really kind of regret that; it kind of makes me sad.”

During production of Even Stevens, which aired on Disney Channel from 2000 to 2003, Romano explained that she wasn’t aware of the challenges LaBeouf was facing at home — as dramatized in his auto-biopic Honey Boy years later. She said that they “weren’t really close” and pointed to a moment at the 2003 Daytime Emmys when LaBeouf neglected to mention her in his acceptance speech, something that “really hurt [her] feelings.”

In her video, Romano didn’t address the recent allegations against her former co-star. (Last year, musician FKA twigs sued LaBeouf and accused him of “relentless abuse,” per The New York Times.) However, she did acknowledge that they might not be compatible enough to reconnect today.

“I have a very specific life,” Romano said. “I am sober. I don’t drink alcohol. I have a very specific amount of time and energy that I can put towards having anyone in my life ... If I’m around somebody, or taking the time to invest in a friendship, it needs to be with somebody that I can trust, understands, and respects me on an equal level. I’m not sure how he ever felt about me ... he never really let me know. Sadly, I feel like there was a missed opportunity to bond.”

Earlier in the video, though, Romano admitted that she’ll always care for LaBeouf, pointing to their unique experience growing up as a lasting (if unspoken) connection between the pair.