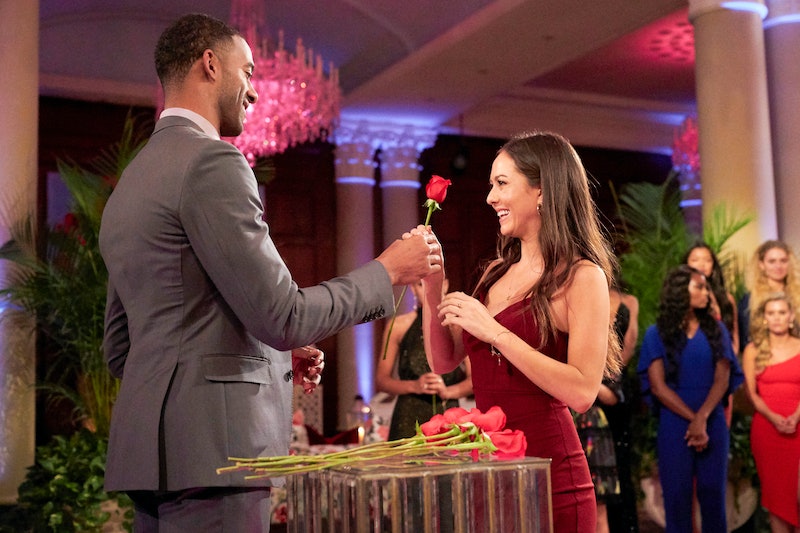 When Matt James gave Serena P. her second one-on-one date before giving Abigail Heringer her first, Abigail had a feeling she'd be sent home from The Bachelor. And unfortunately, she was right. Despite getting Matt's first impression rose, she wasn't given the time she needed to deepen their connection. In turn, Matt grew closer to other girls.

On their final group date, Abigail put all her emotions on the table. She told Matt she enjoyed the vulnerability and conversations they’d shared, and that she could picture a future together. Then she bluntly asked if he felt the same way. "I was so comfortable in our relationship that I explored others," he admitted, dropping his head. "My heart's pulling me in another direction. The last thing I wanna do is lead you on and lie to you. You deserve someone who is gonna put you first.” Matt then asked if he could walk her out, and Abigail was visibly crushed to see her fear become a reality.

After stepping inside her car, Abigail reflected on their conversation. “It’s just kinda eating me alive right now," she said. “I’m constantly like, that person that makes men realize what they want next, but they never want that with me ... it's a hard pill that I'm gonna have to swallow." Fans could relate.

On The Bachelor Happy Hour podcast, Abigail told Rachel Lindsay and Becca Kufrin that her dating life was "nonexistent" before the show. Now, some fans are rooting for her to be the next Bachelorette, so there's hope that she'll get another shot at love on the Bachelor franchise.