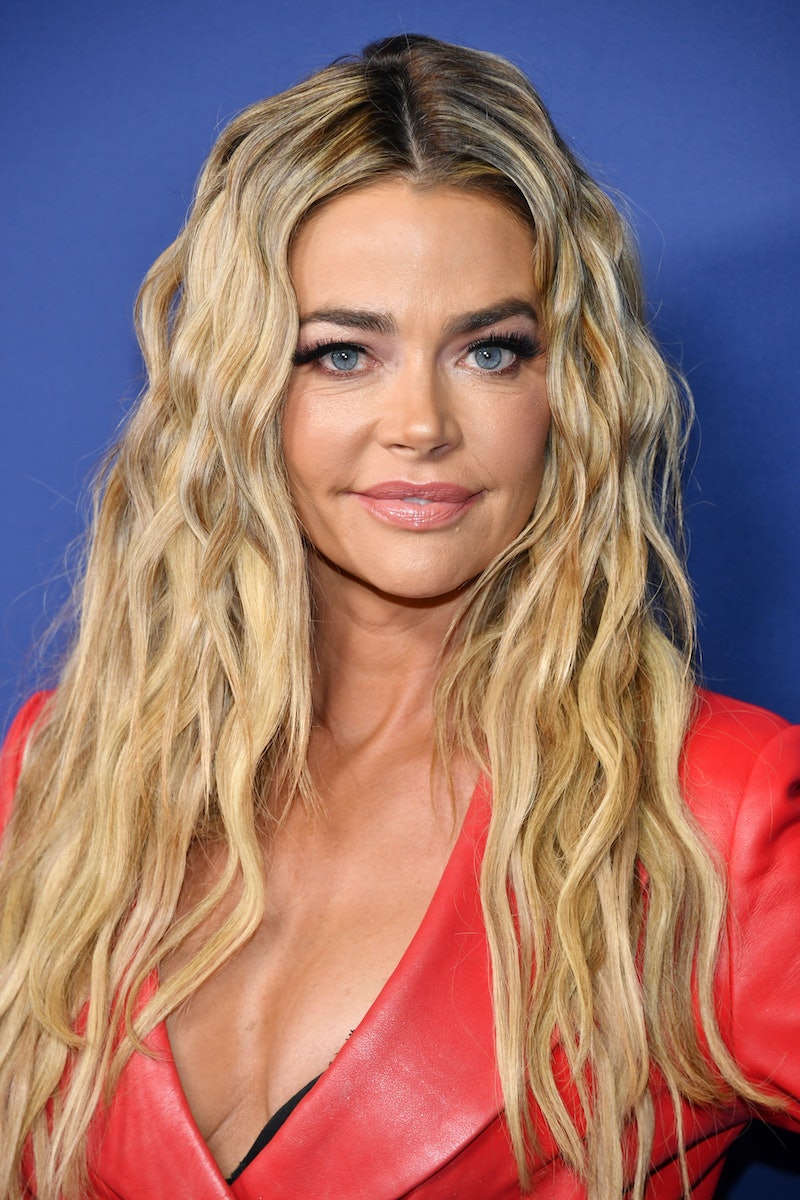 During the 10th season of The Real Housewives of Beverly Hills, Denise Richards stopped filming prematurely after Brandi Glanville claimed they’d had an affair. So when it was announced that Denise wouldn’t return for RHOBH’s 11th season, the reason felt obvious. According to executive producer Andy Cohen, however, the exit was a lot less dramatic than you might think.

Denise’s rep confirmed to People on Sept. 10 that she was leaving RHOBH after two seasons. Meanwhile, a source close to the actor — who had been shooting the upcoming medieval drama series Glow And Darkness in Madrid — said she was looking forward to spending more quality time with her husband Aaron Phypers and daughters Eloise, 9, Lola Rose, 15, and Sam, 17.

“Filming in Spain has been wonderful as the only pot being stirred is their incredible Spanish food,” the insider said, pointing out that Denise is also a cast member of the daytime soap opera The Bold and the Beautiful. “She was looking to replace RHOBH with time loving her amazing husband, children and who knows, maybe even friends now.”

Shortly afterward, Page Six reported via “Bravo insiders” that Denise had asked for an “excessive” amount of money to return to RHOBH, and the network simply refused to pay what she was reportedly asking “People think that she didn’t want to come back, and that it’s because she got ‘mean-girled’ [by other cast members],” a source told the outlet in September. “The truth is she did want to come back. But [Bravo] didn’t want to pay her what she asked for. It was way out of her pay grade.”

There’s no denying that Season 10 took a toll on Denise, though. After she butt heads with several of her co-stars early on, salacious rumors about her and Brandi became the season’s most pervasive storyline. Denise has repeatedly denied the affair both in the press and on the show, but most of her castmates sided with Brandi’s version of events.

“The subject matter that seems to be in all the tabloids of late is... I don't know,” Denise told Entertainment Tonight last March. “I think it's kind of disgusting that they even talk about it. But that’s something they choose to, and I’ve had worse things said, so you know, I can rise above it.”

Despite Denise’s absence from RHOBH Season 11, the drama will continue to be addressed. Bravo recently released a sneak peek of the May 19 premiere, in which Garcelle confronts Lisa Rinna about not standing by their longtime mutual friend. “I was harder on Denise than I needed to be,” Lisa admitted. Garcelle’s take? “I think Rinna is trying to own it really quickly so that I don’t come for her.”