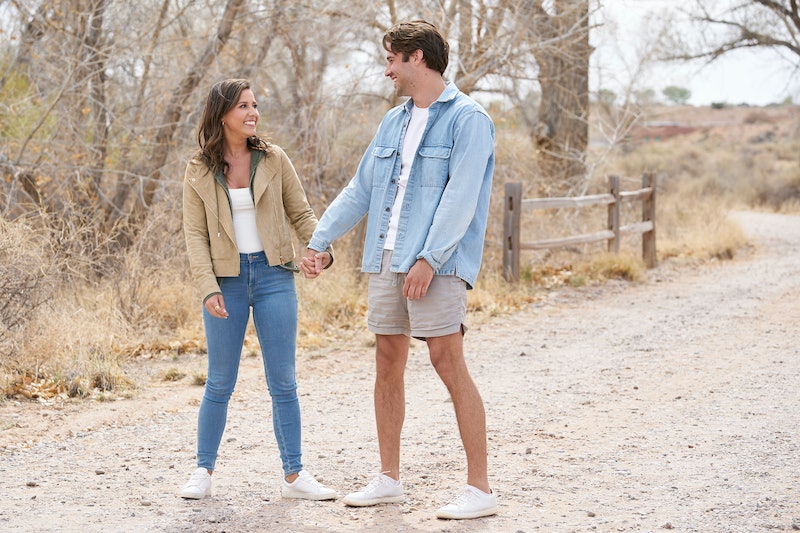 From the moment he stepped out of the limo, Greg Grippo captured the hearts of both Katie Thurston and Bachelorette fans at home. It was clear the New Jersey native would be around for a while, and he quickly established himself as the favorite to wind up with Katie in the end. But a first impression rose, two one-on-one dates, and a family meeting later, Greg eliminated himself from the competition during a tense and tearful monologue.

Greg’s New Jersey-themed hometown date started out innocuous enough. There were rain machines, some sandwiches, and a heartfelt game of basketball — the sport Greg most closely associates with his late father, who was also his coach. Later, Katie met Greg’s family, which included a surprise video call from his sister. It was during this meeting that Greg let it be known to his family that Katie was “the one.” Katie did her best to echo the sentiment while talking to Greg’s mother, confirming that he was safe for another week and that a rose was guaranteed.

However, Greg had been growing increasingly insecure about the show’s process, particularly after seeing Katie kiss Blake Moynes on their own hometown date. This culminated in him telling Katie how strongly he felt and that he’d never been so happy in a relationship, to which she responded that she “liked looking at him.”

A distressed Greg told Katie that he’d just taken a big step and was expecting a different reaction. Katie explained that it was hard because she still had relationships with other men and didn’t want to say “I love you” until she gave out her final rose. “I’ve never felt like you’ve wanted to give up until now,” she said, to which Greg responded, “I’ve also never felt like you’ve been holding things back from me until tonight.”

The next morning, Greg went to visit Katie in her hotel room, where the two shared an increasingly dramatic and tearful conversation about their relationship. Greg informed Katie that he didn’t need to be told he was guaranteed a rose, he just wanted to know that what they had was real. “I didn’t want a rose, I didn’t want an I love you, I wanted Katie,” Greg said, adding “F** the rose, I was just telling you you filled a hole in my heart” and “I feel like you dismissed it.” Katie was visibly taken aback and discouraged by Greg’s sudden desire to leave the show. “I don’t get it,” she said. “I don’t know how one night can change everything.”

As much as Katie tried, Greg appeared to have made up his mind. She eventually asked him “Are you not wanting to stay anymore? Are you done?” To which Greg responded, “As much as this hurts me, I’ve reached my breaking point with this.” Upset, Greg left the room, causing Katie to give chase after him. She was able to catch up, only for Greg to once again shoot down any chance at an explanation. The interaction actually caused fans to start to turn on Greg for the first time in the season, though some still saw where he was coming from.

Uninterested in trying to resolve the issue, Greg left, resulting in Katie locking herself in the bathroom and having a heart-to-heart with co-host Kaitlyn Bristowe that culminated in Katie asking for a ticket home.

Nothing is for certain, and the franchise is known for bringing contestants back. However, the episode did end with an In Memoriam-style highlight video of Greg and Katie’s relationship. With just one episode remaining, it’s anyone’s guess who wins — or if Greg is actually gone for good.