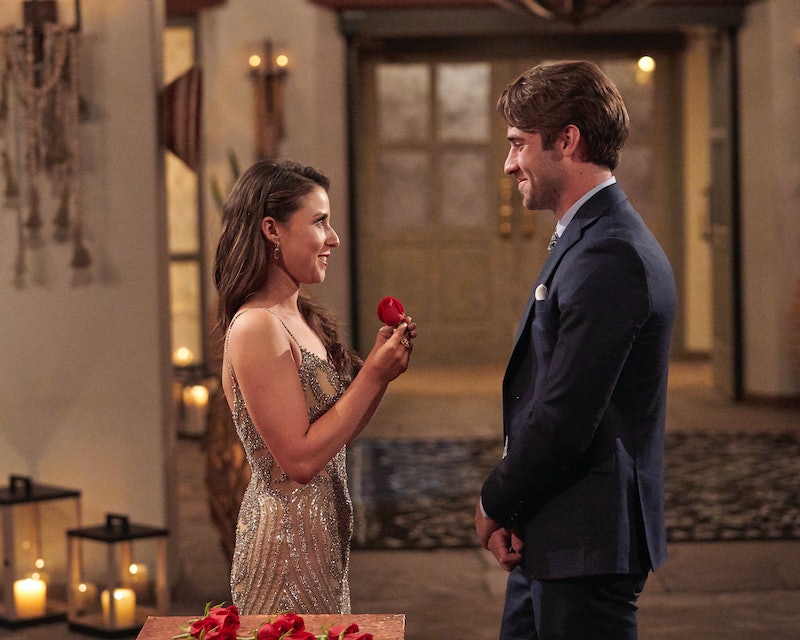 Greg Grippo has been a frontrunner since the beginning of Katie Thurston’s Bachelorette season, when he presented her with a pasta necklace made by his niece and won the first impression rose. Soon afterward, she chose him for a one-on-one date on which the two both opened up about their late fathers. And in the upcoming July 19 episode, she invites him on a second one-on-one to show him “a little piece of home” on a date replicating the Pike Place market in her hometown of Seattle.

“We had the first one-on-one and at this point, feels so long ago. For me, that's hard. I'm sure for him that's hard,” Katie says in a confessional, adding that she chose him for the date because she “really likes him.”

Greg has similarly made his feelings for Katie clear. “I just, honestly, have never met anybody like her before and when we’re together, everything just disappears,” he says on the date, per E! News. “It doesn’t feel like there are six other guys waiting for her at home. It feels like it’s just me and her.”

Katie has also gushed about Greg in interviews, telling Us Weekly that she liked him because he “was just true to himself, which was this very nervous, very uncomfortable guy,” and she found that “really endearing.” Plus, former Bachelorette Kaitlyn Bristowe said that the 28-year-old marketing sales representative “really stood out” to her and co-host Tayshia Adams. So after viewers spotted Katie and Greg each wearing a very similar-looking beaded bracelet following a group date, many considered that as a subtle hint that he’s the contestant Katie chooses in the end.

However, Greg has struggled throughout the season to accept that Katie is dating other men, and those fears and insecurities will reportedly lead to some tension between the two later on. There’s also been speculation that — as has become a recurring issue on Katie’s season — Greg isn’t there for “the right reasons.” In June, someone sent an anonymous tip to the gossip account Deux Moi alleging that Greg attended the William Esper Acting School between 2017 and 2019, despite no evidence of it on his LinkedIn or social media accounts. The tip also claimed that Greg is a dishonest person who only went on The Bachelorette to “kickstart his acting career.” Another source claimed to The Sun that Greg “is absolutely lying about his career and intentions on the show. He’s always wanted to pursue an on-camera career.” (Greg hasn’t addressed the claims).

Afterward, Katie “liked” (and later “unliked”) a shady Instagram post about Greg. Greg’s sister Samantha then posted in a since-deleted comment that she was “really disappointed” in Katie for liking the post, even questioning how authentic she was in her mission to remove “toxicity and mean girls” from The Bachelor during Matt James’ season.

That leaves a lot of mixed evidence about how far Greg will make it on the show, but with only a few weeks left in the season, we’ll find out soon enough.