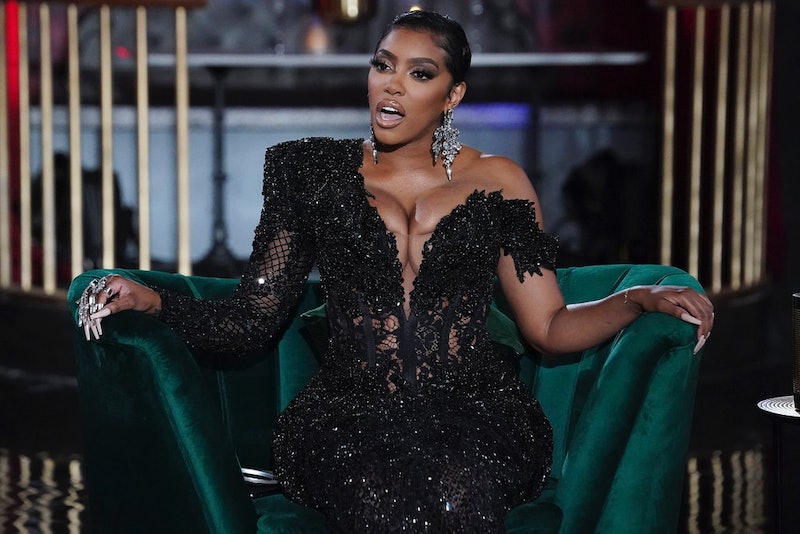 Atlanta has lost yet another peach. Porsha Williams is leaving The Real Housewives of Atlanta after eight seasons as a Housewife, she announced on Instagram on Sept. 30. “After 10 life-changing, gratifying, incredible years, it is finally time to begin my next chapter. Next season, I will not be returning to the Real Housewives of Atlanta franchise,” she wrote, captioning a slideshow of throwbacks from her time on the popular Bravo show. Now with a new spinoff slated for Nov. 28, she’ll have more memories to make.

She did not give an official reason for her departure, but she explained that she mulled over her choice for some time. “This was a difficult decision to not only make, but also come to terms with,” she wrote. “It's one I have put a lot of thought into and because of that, I know it’s the right one.”

The star went on to thank Bravo and Housewives honcho Andy Cohen, as well as the show’s crew, for all the work they’ve put into RHOA. “I have so much love and endless gratitude for my Bravo family and supporters,” she wrote. “You’ve made the past decade a truly special one. One where I've dealt with unbelievable highs and unbelievable lows, and I can honestly say I would not have made it through some of them without the unconditional love and support I have gotten from all of you.”

She joins former castmate Cynthia Bailey in departing the reality show before Season 14, which she announced just days before Williams’ announcement. “After much thought and consideration, I have made the very difficult and heartfelt decision not to return for the next season of Real Housewives of Atlanta,” Bailey wrote. “I am so grateful to have had this amazing journey, and I am anxiously waiting to embark on new adventures.”

What Is Next For Porsha Williams?

However, despite her departure, Williams isn’t done with Bravo. “Don’t worry though, I’ll be back on your TV very soon,” she wrote, with a winky-face emoji.] Back in August, Williams confirmed she filmed a spinoff series that focuses more on her family life, including her relationship with new fiancé Simon Guobadia, which was expected to be a hot topic on RHOA Season 14. “It is a whole ’nother side of me,” she said in an August episode of Bravo’s Chat Room, which she continues to co-host. “You will get to see a lot where my personality comes from, the family dynamic, the blending of it all.”

All of that with the backdrop of sunny Mexico is what her new spinoff promises. On Monday, Oct. 25, Bravo finally released details about Williams’ show, The Real Housewives of Atlanta Porsha’s Family Matters, which premieres on Nov. 28. According to the press release, the series will follow the “no holds barred Williams family,” which includes an exhaustive list of “aunts, sisters, cousins, friends, grandmothers, in-laws, ex-lovers, [and] current lovers.” Apparently, all of them have something to say about Williams’ whirlwind engagement and will make their opinions known at a Mexican zen yoga retreat after “too much tequila.” Sounds fun.

During an August episode of Chat Room, producer James Brangert told fans what they can expect from the upcoming show. “I think we stepped in when Porsha was at a crossroads in her life,” he said. “I think it was a pivotal moment before her and her family. And, you know, a lot of families, they sweep things under the rug, and they don't want to address issues that are in front of them. And Porsha and her family hit all the uncomfortable topics head-on.”

While fans are currently dismayed by her RHOA departure, with Williams previously trending on Twitter, there is hope for an RHOA comeback. Cohen commented on Porsha’s announcement post, calling it a “pause” rather than a permanent exit. “What a run. What an evolution,” he wrote. “As we discussed, I’m gonna go ahead and consider this more of a PAUSE than a goodbye.” Perhaps after focusing on her spinoff and upcoming memoir The Pursuit of Porsha, she will return as a reborn and refreshed Housewife in the near future.

More like this
RHOP’s Robyn Dixon Explained Why Juan Paid For Another Woman's Hotel Room
By Brad Witter
Everything To Know About 'The Real Housewives Ultimate Girls Trip' Season 4
By Jake Viswanath
Andy Cohen Apologized To Larsa Pippen After A 'RHOM' Season 5 Reunion Dust-Up
By Brad Witter
'RHOSLC' Star Jen Shah Refuses To Do A Post-Sentencing Interview With Andy Cohen
By Brad Witter and Jake Viswanath
Get Even More From Bustle — Sign Up For The Newsletter
From hair trends to relationship advice, our daily newsletter has everything you need to sound like a person who’s on TikTok, even if you aren’t.