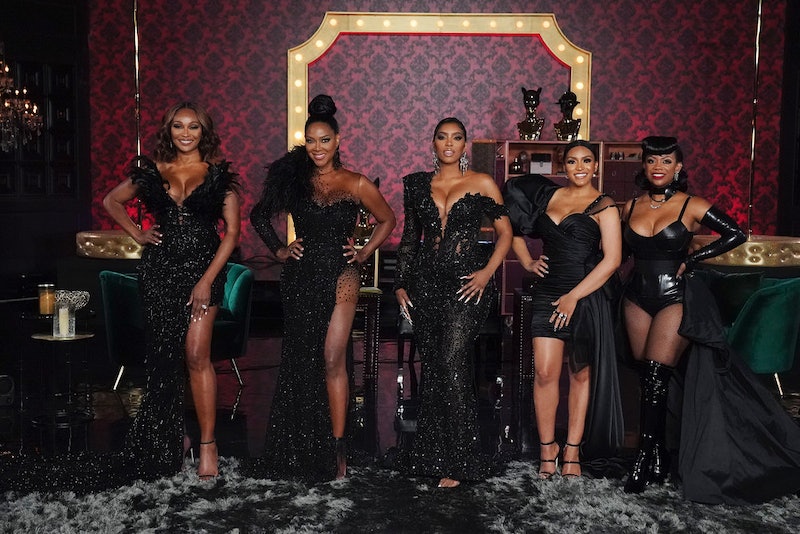 Though the Real Housewives of Atlanta's stars are on a break as other cities take the lead on Bravo, fans can rest assured that the women will be back on their screens soon. Though Bravo has yet to officially renew RHOA for Season 14, another installment is less a matter of if than when. Ratings did reportedly take a dip this season, which also drew some unusual criticism from fans, but the series has otherwise remained one of the highest-rated unscripted shows on cable in recent years.

“People gave us a hard time, but people don't realize how hard it was to film,” RHOA star Kandi Burruss, who’s been on 12 of RHOA’s 13 seasons, recently told Entertainment Tonight. “Normally we have a lot of events where we invite a lot of friends, do a lot of stuff like that. We weren't allowed to do any of that this year … and it took a long time before the season actually got jumped off because we didn’t really know who was going to be a part of the new season. So I’m like, yeah, guys, this was a different type of year, so don’t be so judgmental.”

Here’s what we know about Season 14 so far.

Bravo typically announces new RHOA seasons in late September or early October ahead of a November premiere date. Season 13 had a slight COVID-related filming delay, but the show premiered in December, only about a month behind its normal schedule. That being said, RHOA Season 14 is likely to be back on track for a November 2021 premiere.

Bravo has yet to reveal which members of the Season 13 cast — which included Burruss, Cynthia Bailey, Kenya Moore, Porsha Williams, and Drew Sidora — will return. However, we already know two longtime stars will not return.

On Sept. 27, Bailey announced via Instagram that she “made the very difficult and heartfelt decision” to not return to RHOA for Season 14 “after much thought and consideration.” The 11-year cast member thanked NBC Universal, Bravo, and Truly Original for supporting her time on the show and said, “I can’t wait to see what we do next,” signaling that a potential spinoff project could be in the works.

“Thank you to my Real Housewives of Atlanta castmates for eleven of the most unbelievable years of my life; and the most incredible & UNFORGETTABLE memories! I am so grateful to have had this amazing journey, and I am anxiously waiting to embark on new adventures,” continued Bailey in her caption. “Most importantly, THANK YOU to my fans! I could not have done it without your blessings, love, and support. Without the fans, none of this would be possible. I love and appreciate all of you.” She concluded, “It’s time to move on to my next chapter, and I look forward to sharing it with all of you.”

On Sept. 30, Williams also announced she will not return for Season 14. “After ten life-changing, gratifying, incredible years, it is finally time to begin my next chapter. Next season, I will not be returning to the Real Housewives of Atlanta franchise,” Williams wrote on Instagram. “This was a difficult decision to not only make, but also come to terms with. It's one I have put a lot of thought into and because of that, I know it's the right one.”

She then thanked Bravo, Andy Cohen, the show’s producers, and fans. “You’ve made the past decade a truly special one. One where I've dealt with unbelievable highs and unbelievable lows, and I can honestly say I would not have made it through some of them without the unconditional love and support I have gotten from all of you,” she continued. “Don't worry though, I’ll be back on your TV very soon.”

While some fans have suggested a cast shakeup would reinvigorate the series, Burruss previously stated any major changes would be premature at this point. “The way I look at it is, we just shook things up and I feel like people we’re just starting to get to know some of the new people in this past season,” she told ET. “We’ve only had five Housewives this past year. I feel like [if] anything, add somebody.”

Even so, Burruss remains unsure if she’ll be back for Season 14, explaining to Access Hollywood in April that she’s “always contemplating” a potential exit from the franchise. “It may be my time to say goodbye, and it may be my time to just be like, ‘I’ll stay a while longer,’” she said. “You never know, I’m still kind of figuring things out.”

An anonymous source also told The Sun on April 16 that “there’s going to be a big cast shake-up next season,” and “some producers are mulling over asking Phaedra Parks to return.” If Parks, who appeared on Seasons 3 through 9, should make a comeback, that could be dealbreaker for Burruss. Other possible Season 13 “friends of” who could join the cast include Marlo Hampton, LaToya Ali, Shamea Morton, Tanya Sam, and Falynn Guobadia.

Bravo typically releases the new season’s first look about a month prior to the premiere date. If the production returns to normal, fans can expect the RHOA Season 14 trailer to drop sometime in late September or early October.