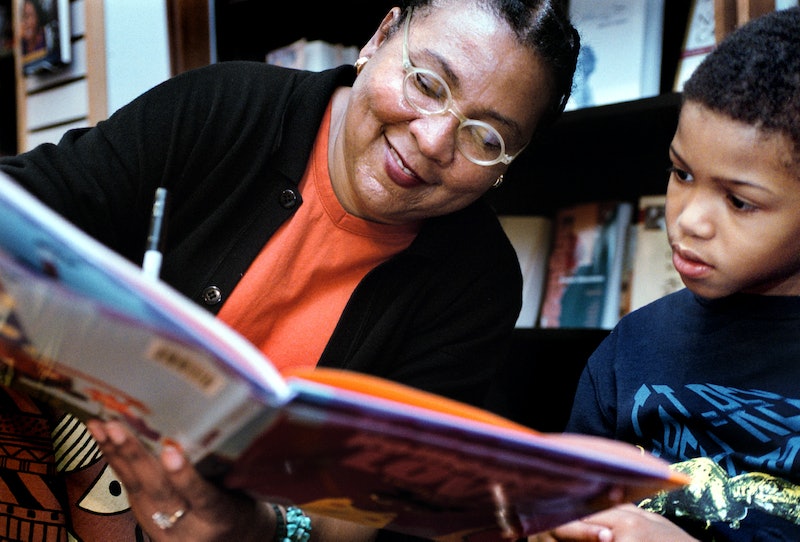 Tributes are flooding in for renowned and trailblazing Black feminist writer bell hooks who passed away at the age of 69 on Dec. 15. The author, whose celebrated works included Feminism Is For Everybody, All About Love, The Will To Change, and many more, helped challenge and shape ideologies about gender, race, and even love. As a generation of fans look back at the author’s revolutionary life and works, some are curious as to why bell hooks didn’t capitalise the first letters of her name.

Throughout bell hooks’ career, her chosen pen name has been a subject of fascination. Born Gloria Jean Watkins in Kentucky, US, the writer changed her name to bell hooks to honour the name of her late grandmother — Bell Blair Hooks — and chose not to capitalise it to “emphasise the importance of the substance of her writing as opposed to who she is,” according to CBN.

As the author said herself in a 2009 interview with anarchist author Randy Lowens, it was a decision that was born out of a “gimmicky” trend during the feminist movement in the ‘60s and early ‘70s.

“When the feminist movement was at its zenith in the late ‘60s and early ’’0s, there was a lot of moving away from the idea of the person. It was: let’s talk about the ideas behind the work, and the people matter less,” said the author in 2009. “It was kind of a gimmicky thing, but lots of feminist women were doing it.”

The author added: “Many of us took the names of our female ancestors — bell hooks is my maternal great grandmother — to honor them and debunk the notion that we were these unique, exceptional women. We wanted to say, actually, we were the products of the women who’d gone before us.”

In the wake of bell hooks' passing, people have shared famous and rousing quotes from the author's books and essays on social media. On Twitter, some have been correcting those who mistakenly capitalise bell hooks’ name.

However, as the writer explained in 2009, “When people capitalize my name, I don’t freak out, even though that would not be my choice,” adding “I’m not attached to it, and in that sense, I think we have to choose, what are the issues that really matter?”

“I think it’s more important that you read my work, reflect on it, and allow it to transform your life and your thinking in some way,” she added.

That said, hooks added: “Now I do get a little pissed at people who write me and want me to do things, and spell my name wrong.”