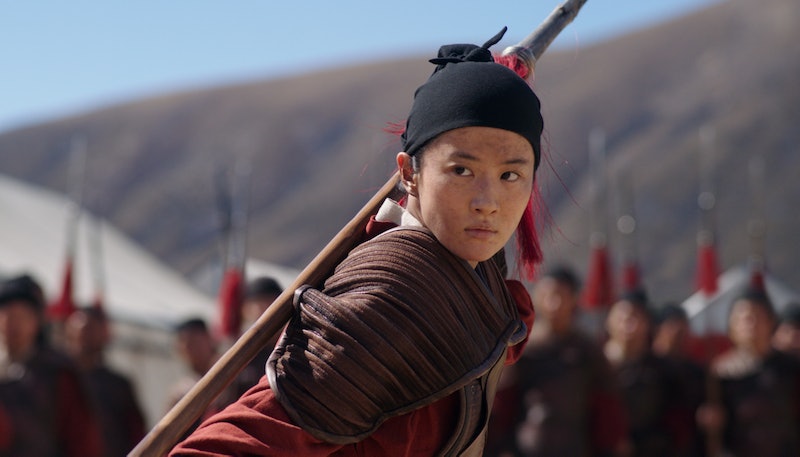 After months of setbacks due to the coronavirus, the live-action remake of Mulan was finally released on Disney+ on September 4. However, while many have anticipated the movie's arrival, the launch has been overshadowed by calls to boycott the film after its leading star voiced support for police in Hong Kong.

Liu Yifei, who stars as the sword-wielding heroine, sparked controversy when she shared her views on the Chinese social media site Weibo back in August 2019. In Chinese, she reportedly wrote: “I also support Hong Kong police. You can beat me up now.”

Per The Guardian, she added in English: “What a shame for Hong Kong.”

Hong Kong's residents has been embroiled in intense, sometimes violent, pro-democracy protests since 2019 and the police have been accused of using excessive force against activists and campaigners.

Following Yifei's comments, calls to boycott the upcoming film have gained momentum on social media. Many took to Twitter — which is banned in China — to share the hashtag #boycottmulan. After the release of the trailer earlier this week, it was trending again with some users accusing the Chinese-American actress of being "tone deaf."

As one user tweeted: "How tone deaf do you have to be to support police brutality when you just filmed a character who is supposed to stand against oppression in its raw form?"

Activists across Hong-Kong, Taiwan, and Thailand who formed the solidarity group 'Milk Tea Alliance' — named after a shared love of the drink — are also supporting the film boycott via their hashtag #MilkTeaAlliance.

However, not everyone is choosing to shun the film upon its release and prefer to support Mulan for its Asian representation, which is often lacking in Hollywood. Disney's remake of the 1998 animated classic features an all-Asian cast and also stars Donnie Yen, Jet Li, Jason Scott Lee, and many others.

As one fan tweeted, "Regardless of Liu Yifei's political stance, no I will absolutely NOT boycott Mulan. Not for the sake of the entire Asian cast who worked hard, who dealt with the setback of its failed cinematic release, and for the simple fact that we need more Asian representation on film."

Protests first began in Hong Kong following a bill to allow extradition to mainland China. While the bill has been scrapped, protests have since developed into a widespread pro-democracy campaign.

Since its release, the creators of Mulan have come under further criticism when the film's credits officially thanked the "publicity department of CPC Xinjiang Uighur Autonomy Region Committee," the Chinese Communist Party agency responsible for producing and managing state propaganda efforts in the region. Xinjiang Province is the site of alleged human rights abuses.

According to an article published in New York Magazine, China declared Islam a “contagious disease” and the United Nations and Amnesty International have decried the actions of China.

More like this
Gen Z Are Twice As Likely To Identify As Queer, According To New Data
By Sam Ramsden
Jemima Khan Used Her Own Life As Inspo For 'What’s Love Got To Do With It?'
By Darshita Goyal
Gerard Butler Insisted On Adding This Pivotal Scene To 'Plane'
By Catharina Cheung
You’ll Definitely Recognise Isadóra Bjarkardóttir Barney’s Mum
By Maxine Harrison
Get The Very Best Of Bustle/UK
Sign up for Bustle UK's twice-weekly newsletter, featuring the latest must-watch TV, moving personal stories, and expert advice on the hottest viral buys.