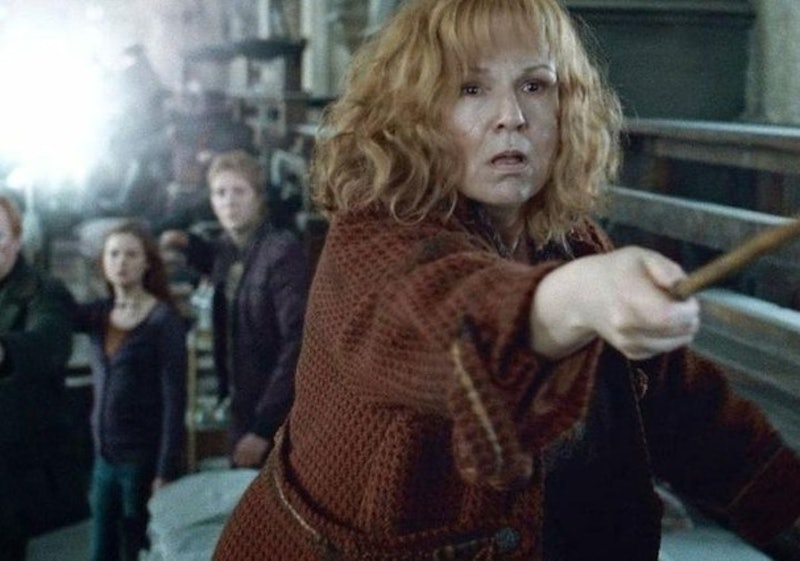 Harry Potter: Return to Hogwarts is right around the corner, launching on Now TV on Jan. 1, 2022. And while fans are likely thrilled at the idea of key players such as Daniel Radcliffe, Emma Watson, and Rupert Grint back on their screens, there will be a number of notable actors missing from the two-hour special.

The list, sadly, includes Julie Walters, who memorably played Ron’s mum, Molly Weasley. She will always be beloved for becoming a motherly figure to Harry himself, as well as for her epic defeat of Bellatrix Lestrange in Harry Potter and the Deathly Hallows – Part 2, during the Battle of Hogwarts. So why won’t Walters be on our screens this time around?

Sadly, it’s unclear exactly why she will not appear or whose decision it was, but it is thought that Walters may herself have chosen to sit this one out due to stepping back from acting in 2020, according to Glamour.

In October 2020, the actor revealed to The Times that she had chosen to retire after being diagnosed with stage three bowel cancer (from which she later went into remission). She explained that she felt it was acting that had led to her diagnosis.

“The oncologist said to me, ‘What do you think has caused the cancer?’ And the first thing that came to my mind was acting,” she told the publication. “Acting caused it, because of the way I approach it — I have to be totally in it. It’s very stressful. You’re being judged. It’s a stressful job and I don’t sleep when I’m working. It’s not good for me.”

She did, however, add that she would return for a third Mamma Mia film.