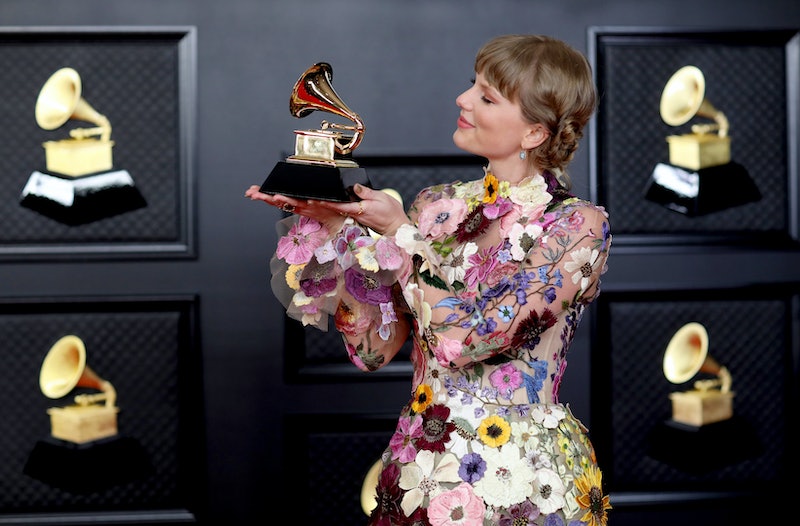 Few artists have been as lauded by the Grammy Awards as Taylor Swift: She’s been nominated over 40 times, has won 11 awards, and is the only woman to win Album of the Year three times. This year, she was nominated for the night’s top prize for her 2020 album Evermore — but she wasn’t present to defend her crown. Why?

Though Swift herself hasn’t commented on her absence, speculation regarding her attendance at the Grammys ran rampant in the run-up to the show. This year’s Grammys was postponed by two months due to the Omicron coronavirus surge, and was relocated from Los Angeles to Las Vegas as a result. This change of plans could have caused problems for stars with preexisting commitments, though Swift doesn’t have any upcoming touring dates. Fans began to wonder whether or not she’d appear at the show when she wasn’t included on the official list of performers, with some — correctly, it turned out — interpreting that as a sign that she wouldn’t be attending the ceremony. The choice may be disappointing to Swift’s fans, but in the context of her career, choosing to cede the floor to other artists on this particular night makes sense.

Unlike last year, when Swift was nominated for six awards and won Album of the Year, she was only up for one award at the 2022 ceremony — and wasn’t the favorite for the award. She was expected to lose to Olivia Rodrigo, the favorite for her album Sour, although the award ultimately went to Jon Batiste for his album We Are. At last year’s ceremony, Swift was the belle of the ball, coming off of a triumphant year in which she reinvented her career and persona through the double-bill of Folklore and Evermore. She performed a medley of songs from Folklore at the Grammys and went on to win the night’s biggest prize. Since then, she’s focused on rerecording, rereleasing, and reinventing her back catalogue, most recently Red. The crowning achievement of that album, “All Too Well (Taylor’s Version),” was an instant sensation in November.

Swift is undoubtedly proud of Evermore and of her 42nd Grammy nomination, but she’s already moved on to the next stage of her ever-shifting career. Besides, she doesn’t need to attend the Grammys to remind viewers that she’s one of today’s biggest pop stars. She can afford to skip this ceremony, relax at home, and watch along with the rest of us.