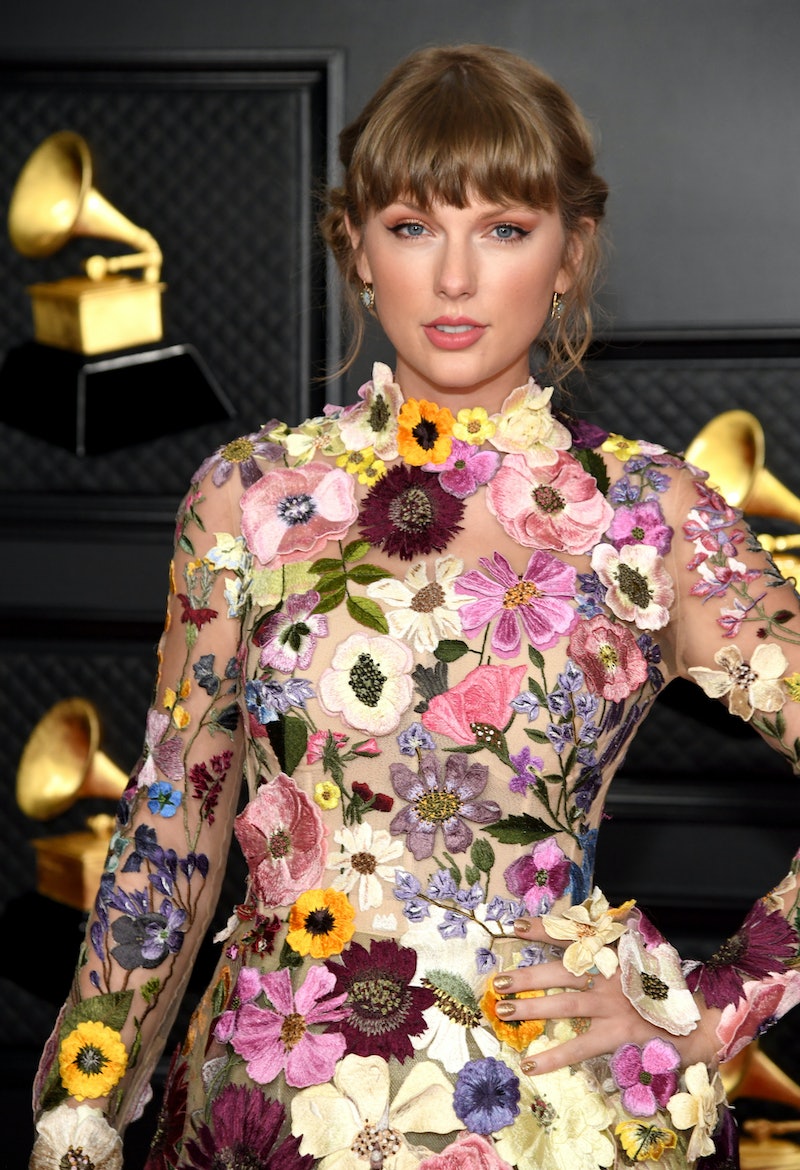 Taylor Swift and Harry Styles may have broken up well before 1989 or One Direction’s split, but their fans never stopped thinking about their short-lived romance and the possible subject of Swift’s 2014 song “Style.” Many were vocal on Twitter during the lead-up to the Grammys, hoping for some sort of reunion since both of the pop icons were nominated — in two of the same categories, no less. Fortunately, this collective wish was sort of granted when Swift displayed a friendly show of support for her ex and fellow nominee after “Watermelon Sugar” won Best Pop Solo Performance.

Before the camera panned to the rest of the nominees, the cameraperson went to Swift, who performed a medley of songs from Folklore and Evermore earlier in the evening. It would be totally understandable if Swift were visibly a little disappointed about not winning, but she was a class act who stood, clapped, and nodded along enthusiastically as Styles accepted his award. You couldn’t see behind her vibrant, floral, matching mask, but it’s not out of the question to assume she was smiling underneath it.

As soon as the moment happened, many viewers took to Twitter to share their excitement. Some even affectionately referred to the pair as their “divorced parents,” a nod to the friendly, polite energy between the exes. Some even noted that Swift didn’t just simply clap because everyone else was doing it. In fact, they celebrated how she was among the very first to rise up and give Styles a standing ovation.

Swift’s spring-ready outfit was incidentally very similar to Styles’ look, as another user noted. He donned a yellow plaid blazer, matching mask, and a pastel purple boa — his second boa of the night.

At another point in the evening, before Swift won her third Album of the Year trophy for Folklore, the exes appeared to have a friendly chat. The Recording Academy shared footage of Styles near Swift’s table, where the pair removed their masks and spoke to each other for about a minute. Unfortunately, fans were unable to see what the former couple spoke about. But that didn’t stop the world from sharing their hypotheses.

One Twitter user was able to see Styles tell Swift, “It was nice to see you” and “Congrats on the album.” Despite everyone’s best decoding efforts, no other tidbits about the conversation have emerged. Perhaps they talked about each other’s music, quarantine ’fits, or the fact that Swift is apparently a fan of Styles’ current girlfriend, Olivia Wilde, and her movie Booksmart. No matter your theory, admirers of both Swift and Styles seemed to appreciate the non-toxic energy coming from this pair of famous exes.

It’s unclear if Taylor also had an encounter with her ex John Mayer, who performed at the Grammys, but fans’ reaction to that hypothetical encounter would likely be drastically different based on how they trolled him for joining TikTok.