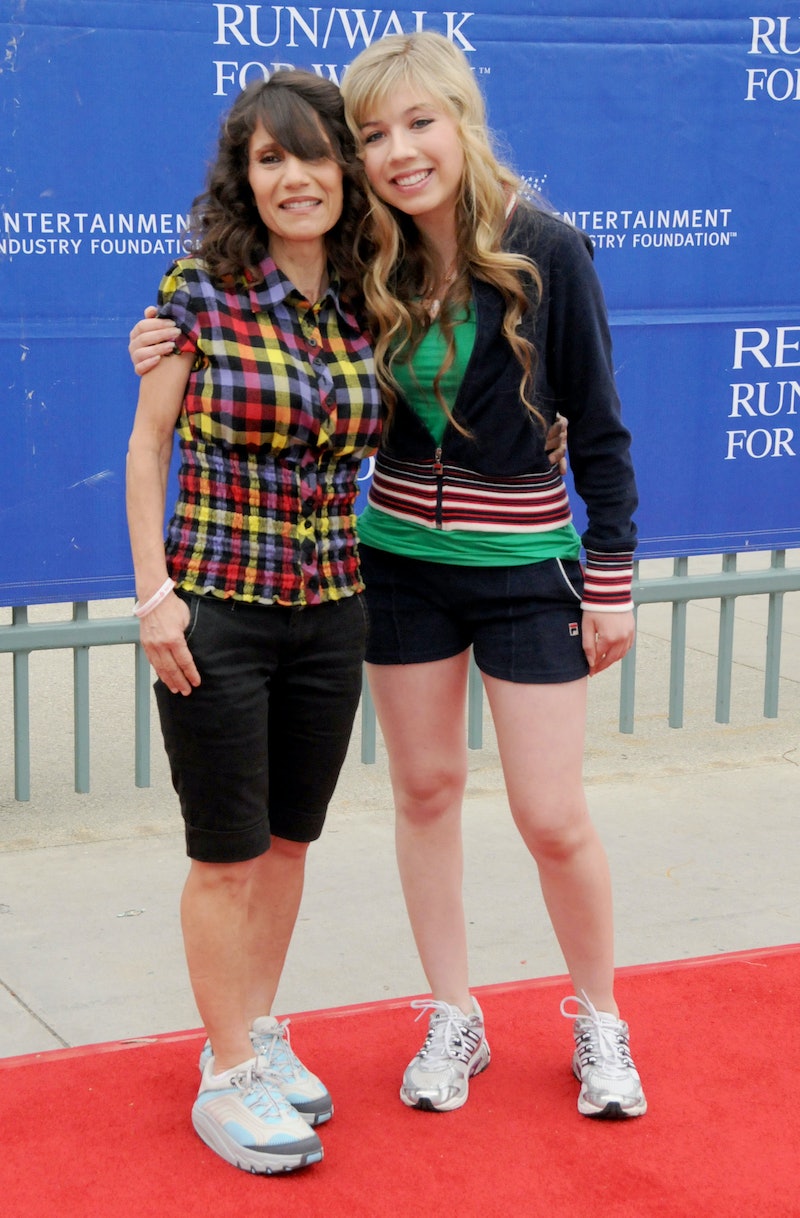 Content Warning: This piece discusses emotional and physical abuse, eating disorders, and substance abuse. When the highly-anticipated iCarly revival premiered on Paramount+ in June 2021, one question was on every fan’s mind: Where’s Jennette McCurdy, the actress who played Sam, the rebellious best friend and co-host of Miranda Cosgrove’s titular character? Earlier this year, McCurdy announced on her Empty Inside podcast that she quit acting “a few years ago” and feels “ashamed” and “embarrassed” of her early roles. In a new interview with People, the former actor opened up about enduring “intense” emotional and physical abuse at the hands of her late mother and how her 2013 death led to her decision to leave the television world.

Growing up with parents Debbie and Mark made for a dark home life filled with “heaviness and chaos” as a child, the former Nickelodeon star told writer Aili Nahas. She recalled seeing physical fights between her parents and “erratic” emotional explosions from Debbie, who she said became hyper-focused on her daughter’s success by the time she turned six. “My mom had always dreamt of being a famous actor, and she became obsessed with making me a star,” said McCurdy, who was “crippingly shy” at the time but began auditioning for acting roles to please Debbie. “I felt like my job was to keep the peace, and I wanted to make my mom happy,” she explained.

Pressure placed upon McCurdy soon became more intense, as her mother started bleaching her hair and whitening her teeth at 10 years old and encouraged her to count calories at 11. The now-29-year-old said she was battling anorexia, which later led to binge eating and bulimia as she began working on iCarly at 15 in 2007. But her mother’s control over her body didn’t stop there, McCurdy said. The former actor continued, stating that Debbie would examine her vagina and breasts and didn’t let her shower alone. “I know if my mom were alive, I’d still have an eating disorder,” said the podcast host. While she recovered in 2018 after severe therapy, McCurdy noted, “It was only distance from [Debbie] that allowed me to get healthy.”

Debbie’s intense authority led her daughter to feel “so repressed and delayed developmentally.” After she passed away from cancer in 2013, McCurdy rebelled for the first time via sex and alcohol use, which soon led to alcohol abuse. Combined with her ongoing bulimia, the struggles influenced her step away from the industry. The former child star still performs occasionally, but on her own terms, as she recently put on a string of successful one-woman shows titled “I’m Glad My Mom Died.” She’s aware the show’s dramatic title is “thought-provoking,” but it’s actually a comedy show. “Even though it may seem black and white, there’s a fullness to my narrative. Life can be dark — and messy. Nobody has a perfect life.”

McCurdy revealed to People that she’ll further open up about her life story in a forthcoming memoir, as she finally feels confident in her own shoes. “I did not know how to find my identity without my mom,” she said. “And I’m not going to lie. It was very hard to get here. But now, I’m at a place in my life that I never would have thought was possible. And I finally feel free.”

More like this
Man Meets Politics: ‘Boy Meets World’ Star Ben Savage Is Running For Congress
By Jake Viswanath
'Friends' Star Maggie Wheeler Offers Support To Matthew Perry After Reading His Memoir
By Alyssa Lapid
Mel B Thinks These Celebs Should Play Them In A Spice Girls Movie
By Alyssa Lapid
Britney Spears Shares & Deletes Photos Of Justin Timberlake From 22 Years Ago
By Jake Viswanath
Get Even More From Bustle — Sign Up For The Newsletter
From hair trends to relationship advice, our daily newsletter has everything you need to sound like a person who’s on TikTok, even if you aren’t.