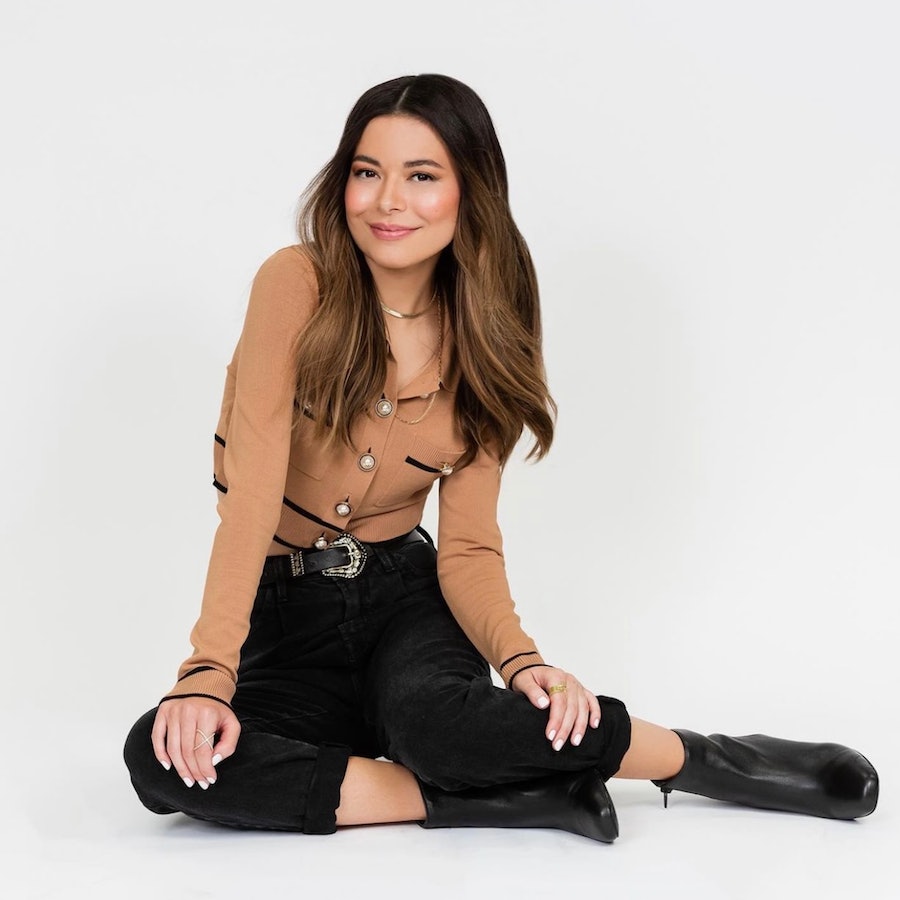 When iCarly ended its run on Nickelodeon in 2012, the options for the next stage of then 19-year-old Miranda Cosgrove’s career seemed endless. She’d been acting for nearly her entire life in School of Rock, Drake & Josh, and iCarly, becoming the highest-paid female child TV actor. She’d also successfully forayed into pop stardom, touring the world and scoring Billboard Hot 100 hits with 2010’s “Kissin’ U” and 2009’s “About You Now.” But instead of diving into another leading role or album, she took a more unconventional path for a former child star by enrolling in college at the University of Southern California. “It always seemed like a natural thing for me to do,” Cosgrove, now 28, tells Bustle. “That was always a big goal of mine, to be able to make enough money to go to a good college. I felt like that was the big payoff at the end.”

However, after stepping back from the entertainment industry in favor of a traditional college experience that included three changes to her major, Cosgrove realized she had already been in the right field. “I felt like if I went to college, I might find something I liked even more, and I didn’t,” she says. “But I’m still happy I did it.” Aware that the extended break would have an impact on the momentum she’d built up in Hollywood, she returned to acting and has since voiced Margo in the Despicable Me franchise, starred in indie films and short-lived network sitcoms, and hosted the CBS docuseries Mission Unstoppable. Rather than striving to reclaim the immense star power of yesteryear, she says, “I always just wanted to keep trying different things, stuff that I’ve never done before.” So when Cosgrove received a call from former Nickelodeon president Paula Kaplan with a pitch for a reboot of iCarly at Paramount+, she had a lot to think about.

Many people don’t like the idea of revivals, so we were all scared. We didn’t want to ruin anyone’s childhood memories.

“The first thing I did was call Jennette [McCurdy], Jerry [Trainor], and Nathan [Kress],” she recalls. “Many people don’t like the idea of revivals, so we were all scared. We didn’t want to ruin anyone’s childhood memories.”

Trainor and Kress swiftly committed to reprising their roles on the show, but McCurdy, who played Carly’s rebellious best friend Sam, has since retired from acting. Admittedly “ashamed” and “embarrassed” of her childhood roles, McCurdy was firm on not coming back from the jump. “Anything that she wants to do with her life, I just want her to be happy,” Cosgrove says of McCurdy, noting that she also cringes at moments of her own A-list adolescence, many of which have been immortalized as viral memes. “I try to look back on all the weird, embarrassing things as just fun memories. It is what it is.” But that being said, she never expected to step back into the role of internet sensation Carly Shay, and the revival’s conditions had to be perfect in order for her to do so.

At first, the new iCarly was pitched as another kids’ show, with Cosgrove’s titular character and her older brother Spencer (Trainor) running a Hype House of sorts in their Seattle apartment to raise a new generation of influencers inspired by Carly’s original web show. “I don’t think that any of us would have been up for that [idea],” she says. “What excited me about doing iCarly again was getting to put the characters in situations that we couldn’t show before.”

“Hopefully [iCarly] will do well, and maybe they’ll let Lizzie McGuire be what it was supposed to be because I would love to see that.”

Following roughly “50,000 hours” of phone conversations with the returning cast, Cosgrove asked ViacomCBS and production company AwesomenessTV if the reboot could be an adult show, geared toward the audience that watched the original. As a “huge Lizzie McGuire fan” who was “bummed” when Disney+’s revival was ultimately shelved over creative disagreements, Cosgrove knew it could be difficult to get the team to believe in the idea of a mature iCarly. But to her surprise, they were “almost immediately” on board to craft a grown-up version of the show. “Hopefully [iCarly] will do well, and maybe they’ll let Lizzie McGuire be what it was supposed to be,” she says, “because I would love to see that.”

With Cosgrove in an executive producer role, she’s been committed to ensuring that the iCarly reboot is not only nostalgic (“We’re trying so hard to get a lot of the characters back”), but progressive as well. One of the series’ first approved storylines saw Spencer hire a sex worker — thinking she was simply an actress — to pretend to date Freddie (Kress) in an attempt to end his post-divorce romantic drought. And while the original series was created by Dan Schneider and written mainly by men, the revival is led by showrunner Ali Schouten and features “all kinds of different people” in its writers’ room. “It’s nice to have people writing for Carly that have been through bad dating experiences and stuff as women,” she notes.

The show’s once-very-white onscreen cast is also more diverse than ever before, with two women of color in leading roles: Jaidyn Triplett as Freddie’s stepdaughter Millicent and Laci Mosley as Carly’s roommate Harper, who identifies as bisexual, bringing LGBTQ+ representation to iCarly for the first time. Their additions offer a fresh, inclusive perspective to the show — and happen to increase its comedic value — though fan reactions to Mosley’s perceived replacement of McCurdy’s character ranged from excitement to brutal racism. “It was a hard thing to go through, especially for Laci. We all tried to stand behind her as much as possible,” Cosgrove says. “I don’t really feel like those people were the true iCarly fans.”

Aside from the negatives, stepping back into the familiar space of iCarly has brought up other unprecedented feelings for Cosgrove: feeling protective over Triplett, the revival’s only lead child actor. “Anytime she’s really trying to get her lines down, or they’re giving her a new line out of nowhere, it immediately takes me back to being little,” she says. “It can be a lot of pressure being on a TV show, even for an adult.”

It’s hard to imagine a better mentor for a child actor than the ever-experienced Cosgrove, one of few mega-famous former child stars to transition into adulthood without ever appearing in tabloids for stumbling out of a club or getting a DUI. She chalks her genuinely clean image up to her protective parents and “homebody” lifestyle, made up of game nights with close friends. “I’m lucky in some ways, because I’ve never been a big partier at all,” she details. “If that was something that was really fun for me, I would have totally done that, and maybe it would have been harder for me.”

Returning to the role she’s arguably most known for may seem to counter her longtime goal to explore new projects. But it’s different this time around, as Cosgrove is in her late 20s and calling the shots for the first time. “On the old iCarly, I just did whatever anybody said, because I was 13 and just wanted to do a good job,” she recalls. “It’s nice to be able to voice your opinion and really be heard.”

Cosgrove’s current goal is for the new iCarly to get picked up for a second season, but beyond the reboot, the possibilities for her next career move are again wide open. “Maybe someday I’ll be making music again … [or] getting into another project where I’m more behind the scenes,” she says with a sense of wonder. “I’m not sure. I mean, a few years ago I would have never said that I’d be doing the iCarly revival right now.”