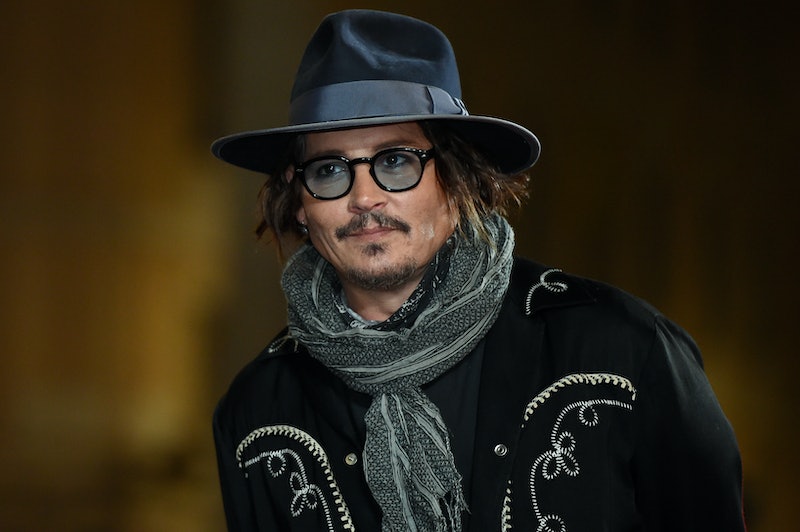 Former Fantastic Beasts star Johnny Depp is still in the midst of some no-so-fantastic legal battles. Earlier this week, Depp and his ex-wife Amber Heard returned to the courtroom, this time for a defamation complaint Depp filed against Heard for an op-ed she wrote in the Washington Post in 2018. Both Depp and Heard have previously claimed the other abused them, beginning in May 2016, when Heard filed for divorce and issued a temporary domestic violence restraining order towards Depp.

As the couple’s legal battles continue to make headlines, Depp’s career has taken a significant blow, and he was forced to step back from his role as Gellert Grindelwald in the Fantastic Beasts franchise. Below, everything to know about why Depp was replaced by actor Mads Mikkelsen in Fantastic Beasts: The Secrets of Dumbledore.

Why isn’t Johnny Depp in the new Fantastic Beasts?

In Dec. 2017, over a year after Heard’s first allegations were made public, Harry Potter creator J.K. Rowling issued a brief statement in defense of Depp’s involvement in the first two Fantastic Beasts films. While she acknowledged the “legitimate questions and concerns” from fans and “considered the possibility of recasting,” she said that Depp would keep his role. “Based on our understanding of the circumstances, the filmmakers and I are not only comfortable sticking with our original casting, but genuinely happy to have Johnny playing a major character in the movies,” Rowling wrote on her website.

Nearly three years after the public support from Rowling (and director David Yates), though, things changed. Shortly after Depp lost a libel lawsuit against the Sun, which published an article describing the actor as a “wife beater,” Depp announced that he was done with the franchise. He posted a statement to Instagram on Nov. 6, 2020, revealing he was asked to step down from his role in the third Fantastic Beasts film. “I wish to let you know that I have been asked to resign by Warner Bros. from my role as Grindelwald in Fantastic Beasts and I have respected and agreed to that request,” Depp’s statement reads. “The surreal [judgment] of the court in the U.K. will not change my fight to tell the truth and I confirm that I plan to appeal … My resolve remains strong and I intend to prove that the allegations against me are false. My life and career will not be defined by this moment in time.” Weeks later, Warner Bros. announced that Rogue One actor Mads Mikkelsen would replace Depp as Gellert Grindelwald in the third Fantastic Beasts film.

What Are The Allegations Against Depp?

On May 21, 2016, Heard alleged that Depp physically assaulted her during an argument at their Los Angeles residence. A few days later, her claims were made public after she filed for divorce and was granted a temporary restraining order from an L.A. judge, though a spokesperson from LAPD reported at the time that “there was no evidence of any crime” after investigating. Their divorce was later settled out of court.

Since then, Heard and Depp have continued to argue over Heard’s allegations in court, and Depp has accused Heard of assaulting him. In one highly-publicized case, Depp sued British tabloid The Sun and its publisher for libel, after the newspaper described him as a “wife beater” in a 2018 headline. The court ruled against Depp, with the judge adding: “I have found that the great majority of alleged assaults of Ms. Heard by Mr. Depp have been proved to the civil standard.”

Heard and Depp are currently in court for Depp’s defamation case against Heard for her 2018 Washington Post op-ed, in which Heard said she was a survivor of domestic abuse, but did not name Depp. (Heard has countersued Depp, alleging that his attorney defamed her by claiming that she had presented a “hoax.”) During the trial, Heard made new allegations of sexual assault against Depp; Depp’s lawyers countered that narrative by arguing that both Heard and Depp abused one another during their marriage.