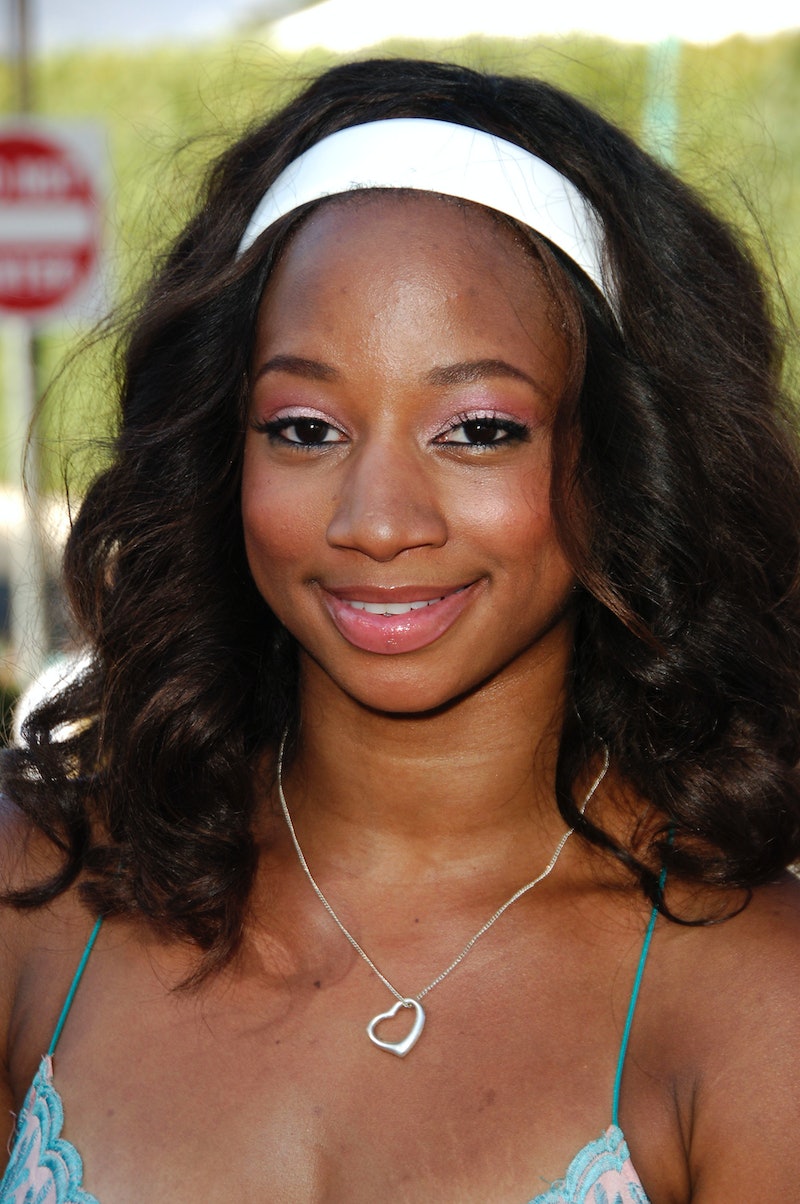 Since the first film's premiere in 2006, Disney's High School Musical franchise centered around breaking down stereotypes. Whether it's jock Troy Bolton leaning into his love of theater, basketball player Zeke Baylor admitting he loves to bake, or nerd Martha Cox showing off her secret dance skills, the movies were all about inclusion and being true to yourself. Behind the scenes, however, it seems some crew members stuck to an unfortunate Hollywood status quo. In an interview with Insider, Monique Coleman revealed her character, Taylor McKessie, sported headbands throughout the films due to the stylists' lack of experience working with Black hair.

As it turns out, headbands were not a part of McKessie's original description. "The truth is that they had done my hair, and they had done it very poorly in the front. And we had to start filming before I had a chance to fix it," said the actress, noting that the industry has "grown a lot in terms of understanding the needs of an African American actress" since the film was made.

But at the time, the stylists on the set weren't qualified, so Coleman had to improvise. Too short on time to redo her hair, she suggested the stylists "incorporate headbands into her character" and "just make that a part of who she is." Coleman continued, "I was very lucky because the wardrobe department was very open to our feedback."

Unfortunately, Black women styling their own hair behind the scenes is an ongoing issue in the entertainment world. Model Mamé Adjei recently penned an open letter to the fashion industry that acknowledged the issue, and this week, the Chilling Adventures Of Sabrina actress Tati Gabrielle revealed that she's been doing her own hair for the Netflix series. It's past time those up top take note and provide these actors and models with the proper styling services that others are afforded.

More like this
The 'Scream 6' Trailer Shows Off Hayden Panettiere's Return & Ghostface In NYC
By Jack Irvin and Jake Viswanath
'Friends' Star Maggie Wheeler Offers Support To Matthew Perry After Reading His Memoir
By Alyssa Lapid
Anne Hathaway Shared A "Thrilling" 'Princess Diaries 3' Update
By Darshita Goyal
Jennifer Coolidge Recites “Jenny From The Block” Beside J.Lo In Her First TikTok
By Jake Viswanath
Get Even More From Bustle — Sign Up For The Newsletter
From hair trends to relationship advice, our daily newsletter has everything you need to sound like a person who’s on TikTok, even if you aren’t.