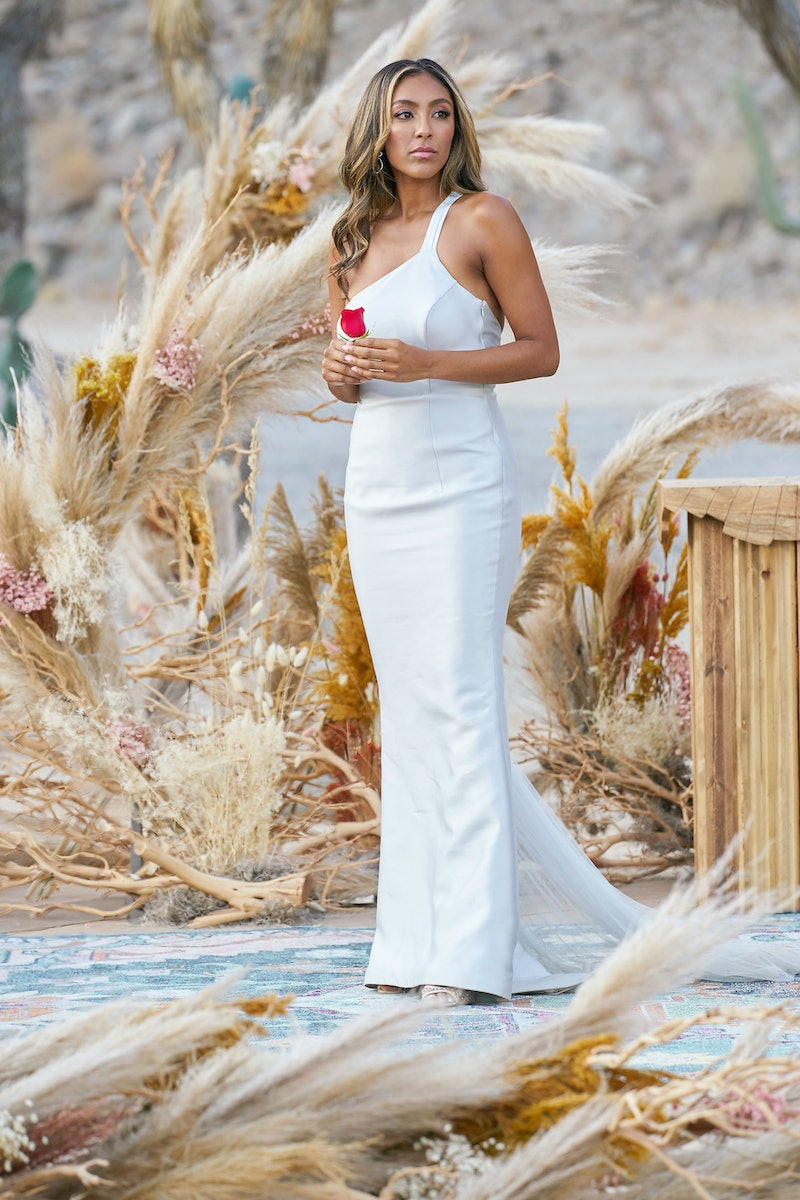 Last night's emotional Bachelorette finale had fans on social media asking the same question: Where is the After The Final Rose special? Longtime viewers of the franchise typically rely on the special every season for a much-needed update on what life has been like for the lead and the winning contestant since filming. But after Tayshia accepted Zac's proposal, fans were quick to notice that there was no ATFR episode to tie up the season in a neat little bow.

Shortly after Zac popped the question, host Chris Harrison took to Twitter to explain why there would be no post-finale update this time around. "It pains me there's no AFR live special this #TheBachelorette season," he wrote. "Due to being pushed into the holidays and difficulty of bringing people safely together during this time it just wasn't possible. But hopefully we'll be back for #TheBachelor."

Fans were quick to call Harrison out for his explanation — especially since the network was able to pull off a socially-distanced Men Tell All episode. "I'm very salty that they had time to record a men tell all but were too lazy to screen record a zoom meeting for ATFR," one fan tweeted. Another person was equally curious about why ABC couldn't plan a virtual special. "Hey, you can do ATFR through FaceTime... zoom...whatev," they added.

While it remains unclear why ABC didn't organize a virtual After The Final Rose, Zac and Tayshia aren't leaving fans to wonder about their relationship status. In an interview on Good Morning America on Wednesday, Dec. 23, the newly engaged pair confirmed that they're still happily together. "It was really beautiful to watch back," Tayshia said of their engagement. "I feel like you can really see how much love we have and how authentic and genuine we were."

After explaining that it's been easy for them to keep their engagement under wraps because of the coronavirus pandemic and the need for masks, the couple provided an update on the next step of their relationship. "We're just going with the flow at the moment," Tayshia said. "We're just going to date each other." Zac echoed that, telling his new fiancée, "I want to date you. I want to take you out, and do all of those things."

While they may need to still figure out the little things, Tayshia explained on GMA that they already have a plan for where they'll live. "We're going to be bicoastal," she said. "I'll have my place here [in Los Angeles], but I'm looking forward to spending some time in New York with him and getting used to being bicoastal." Clearly, these two are happy, in love, and looking forward to a future together — and with an update like that, who needs an AFTR special?

More like this
Here's What Happened After Rachel & Aven Left The 'After The Final Rose' Stage
By Grace Wehniainen
Here's Exactly When Rachel & Tino's Fight Happened After 'The Bachelorette'
By Grace Wehniainen
Bachelorette Gabby Kissed Her New Fiancé On 'Dancing With The Stars'
By Jake Viswanath
Where Is Former Bachelor Host Chris Harrison Now & What Is His Net Worth?
By Hugh McIntyre
Get Even More From Bustle — Sign Up For The Newsletter