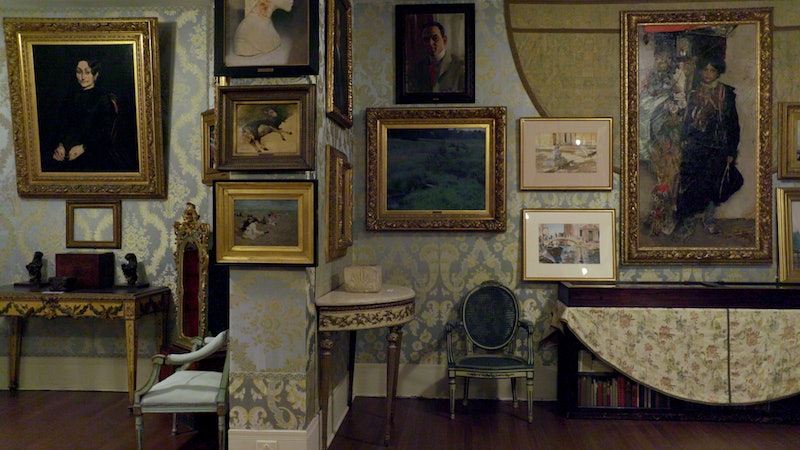 On March 18, 1990, two men dressed as police officers broke into the Isabella Gardner Museum in Boston, bound the two guards on duty, and spent 81 minutes robbing the museum. By the time the night was over, the thieves would get away with 13 priceless pieces of art that have never been seen again.

As the new Netflix documentary series This Is a Robbery explores, the museum still hopes the paintings, artifacts, and etchings stolen might someday be returned, but so far little evidence has been turned up that actually points to the art’s location.

Which is not for a lack of trying. More than 30 years later, authorities have received 30,000 tips (either as hunches, psychic visions, jail confessions, or actual leads) and conducted hundreds of interviews with everyone from museum directors to mobsters, and dealers of either art or drugs, from around the world. The FBI tip line still gets calls “every week,” according to The Art Newspaper, which agents check up on (to no avail).

All these years later, the investigation’s struggles are compounded by the fact that the statute of limitations expired in March 1995, meaning they can’t prosecute the theft as a crime or apply too much legal pressure. All authorities can offer those they interrogate are a promise of immunity from other prosecution and, of course, the $10 million reward from the museum, the largest ever offered by a private museum.

Using the minutiae of the heist, the case moved glacially, in fits and starts: Important evidence, like the duct tape and handcuffs used to restrain the guards, went missing and couldn’t be tested for DNA in 2010, per The Boston Globe. Some theorized the thieves stole the Napoleonic finial because they had an attachment to its place of origin (Corsica, an island in the Mediterranean) rather than any hope of financial gain. One suspect would point the finger at another, who would then submit to a lie detector and point it right back (though he was lying). The FBI looked at plenty of suspects, including various Boston mob members, the guards themselves, and a California screenwriter, and all these years later many of the suspects have died — some naturally, others less so.

Finally, in 2015, the FBI announced they believed they knew the identity of the original thieves, as WBUR, Boston’s NPR news station, reported at the time. The two men were both dead, and their names would not be announced publicly (though some have identified them as George Reissfelder and Lenny DiMuzio, who belonged to a criminal crew run by Carmello Merlino).

But even still, the FBI has no solid leads on where the artwork might have gone.

“I believe that some of the paintings have changed hands several times over the years. It’s also quite possible that some people have those paintings and don’t know what they have,” Geoffrey Kelly, the lead FBI investigator on the theft since 2002, told The Art Newspaper in 2019. “We are confident we know who committed the crime. We believe they don’t still have the art. We don’t know if the art is all together or was split up.”

When they announced they knew the identity of the thieves, the FBI also released security footage from the eve of the robbery in hopes it might stir up a lead on where the paintings were. In the video (below), one of the guards on duty lets in a man the night before the robbery.

However, three former security guards for the museum confirmed the man’s identity as the deputy director of security.

To this day, no one has been arrested or tried in connection with the Isabella Gardner Museum heist. And despite the FBI reupping their calls to the public, in 2010 one agent told a Boston Globe reporter, “in the last 20 years, and the last eight that I’ve had the case, there hasn’t been a concrete sighting, or real proof of life.” In the 11 years since, nothing has changed.