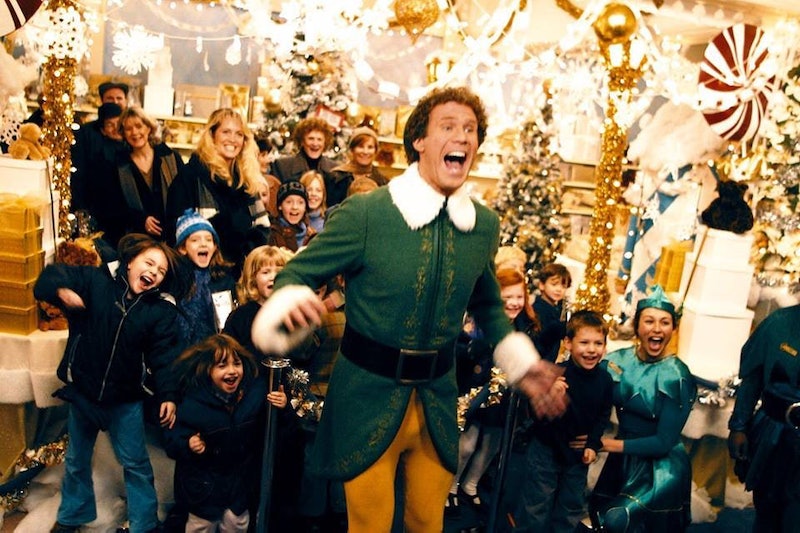 As someone who treats everyday like Christmas, I need an Elf sequel as much as Buddy needs syrup with every meal. Unfortunately, earlier this year Will Ferrell revealed that he’d already been offered the chance to make another Elf movie, and had turned it down. (In doing so, he passed up a whopping $29 million, but that’s a conversation for another time.)

What Ferrell may not understand is that Elf isn’t just a Christmas movie — it’s the greatest Christmas movie of all time. From its insane elf dialect, which consists of delightful phrases like “I’m a cotton-headed ninny muggins,” to its unforgettable characters, it’s utterly delightful. Elf also reminds viewers to be true to themselves: Buddy — a grown adult — did absurd things like eating gum off of the sidewalk, and looked upon even the most humdrum objects with wonderment. And although you should not eat gum off of the sidewalk, you should definitely try to avoid jadedness, and always do whatever bring you the most joy, regardless of what anyone else thinks.

Mr. Ferrell, if you are ever to read this, pretty please with swirly twirly gumdrops on top consider revisiting Elf just one more time. Or at least give us a few updates on where Buddy and the crew are now — and in particular, the answers to my burning questions below.

How did Buddy and Jovie navigate lockdown?

The North Pole seems like the perfect place to live during a viral outbreak, TBH. It’s the epitome of coziness, and it’s pretty isolated, too. But how did the couple spend their time? Did they download TikTok like everyone else, or find distraction elsewhere? What does Buddy’s most Christmassy mask look like? Did he help Santa find a way to fly around the world despite travel restrictions?

What is Michael up to?

Did he go to college? Is he close with Buddy? What are his hobbies (besides holding snow fights in Central Park and jumping in elevators)? He’s probably an adult now, doing adult things. They grow up so fast.

As we all know, Buddy wrote a book about his journey from the North Pole to New York City, and it was a cultural reset. Has he written other books? Is book publishing now his day job? What’s his relationship like with his boss, Walter?

I need names! Cute stories! First words! Don’t leave us hanging like this.

What else does Buddy eat besides candy, candy canes, candy corn, and syrup?

We can’t forget about spaghetti, of course. But ... is that it? Does he drink water? Has he ever eaten a vegetable or a fruit? What about Chipotle?

Do Buddy, Emily, Michael, Jovie, and Walter have weekly family dinners? Do they live in the same apartment? What do they argue about? I have a feeling Walter and Emily are the best grandparents.

Just wondering if he’s ever ... calm.

Is Buddy better at gift giving?

I’ve lived in New York for about two years, and can confirm there is a honeymoon phase — until there isn’t. In Elf, Buddy was in that phase, savoring the world’s crappiest cup of coffee and waving to strangers who were hailing taxis. He hadn’t yet been forced to reckon with the packed subways or flying cockroaches.

I need to know if the real world has changed Buddy. Have the omnipresent rats and the weekly trek to the laundromat soured his outlook? Does he still wear his elf clothes every day? I hope so — I can’t picture him in jeans, and I imagine he’s just as enamored with the city as when he first saw it through Papa Elf’s snow globe.