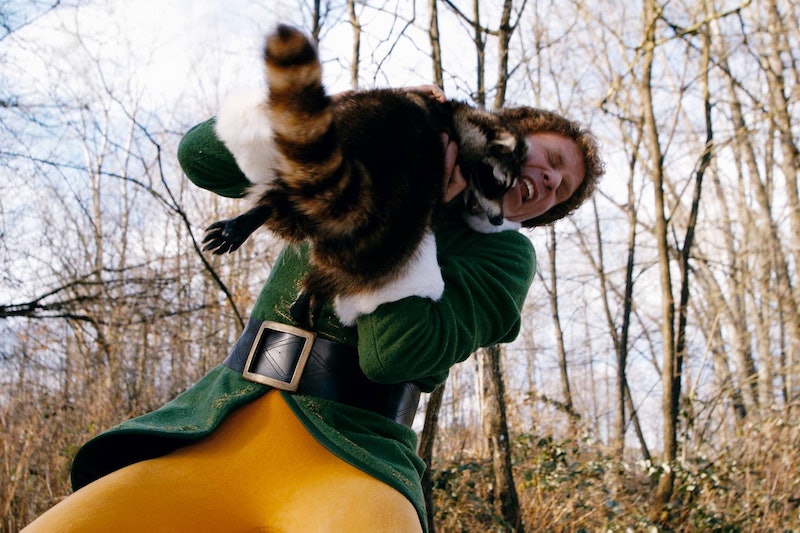 Like lighting up the tree or snacking on festive, colorful cookies, watching Elf is basically a Christmas tradition at this point — and for good reason. The 2003 comedy earned its place in the rotation of merry must-watches long ago, thanks to its sweet, earnest hero and endlessly quotable script (“Son of a nutcracker!”). It even introduced us to one of our future funny faves: a blond, deadpan, pre-New Girl Zooey Deschanel. As is often the case with universally beloved pop culture moments (for better or worse), fans never really stopped wondering about a possible sequel — but Buddy the Elf himself is here to gently warn us that it’s not going to happen.

When an October interview with The Hollywood Reporter pivoted to the potential Elf sequel, Will Ferrell said he made an expensive decision to say “no” to a Buddy redux. Put simply, he just didn’t like the script. “I would have had to promote the movie from an honest place, which would’ve been, like, ‘Oh no, it’s not good. I just couldn’t turn down that much money,’” Ferrell told the magazine. By “that much money,” Ferrell meant a whopping $29 million.

“And I thought, ‘Can I actually say those words? I don’t think I can, so I guess I can’t do the movie,’” the Saturday Night Live alum continued in the interview, posted Oct. 28.

Ferrell, of course, didn’t share who wrote the script, which THR described as a “rehashed premise” of the original. David Berenbaum penned the original Elf while Jon Favreau (aka Happy from the Spider-Man films) served as director and played Buddy’s doctor.

But the plot thickens! In 2020, James Caan (Buddy’s dad, Walter Hobbs) said on Cleveland’s 92.3 The Fan radio show that Ferrell and Favreau “didn’t get along very well,” dashing the Godfather star’s hopes for a lucrative “franchise movie.” In Caan’s story, though, Ferrell was reportedly very much down, but contract conflicts prevented the project from moving forward.

Even though there won’t be an Elf Cinematic Universe anytime soon, maybe it’s a blessing in disguise? Movies don’t get much more beloved than Elf, after all. So while the world of Buddy, Jovie, and co. is definitely intriguing, any attempt to recreate the original’s magic could run the risk of falling flat. At least we’ll always have Elf drinking games and the recipe to Buddy’s sweet, syrupy spaghetti.

More like this
Hayden Panettiere Will Return For 'Scream 6': "We F*cking Won, Scream Fam"
By Jack Irvin and Jake Viswanath
The 'Hocus Pocus' Sequel Finally Has A Release Date & It Makes Total Sense
By Shannon Barbour and Radhika Menon
Laura Dern Said “Cultural Awareness” Made Her Rethink This 'Jurassic Park' Fact
By Grace Wehniainen
Amanda Seyfried Reflects On 'Mean Girls' & "Gross" Remarks That Men Made After It
By Jake Viswanath
Get Even More From Bustle — Sign Up For The Newsletter