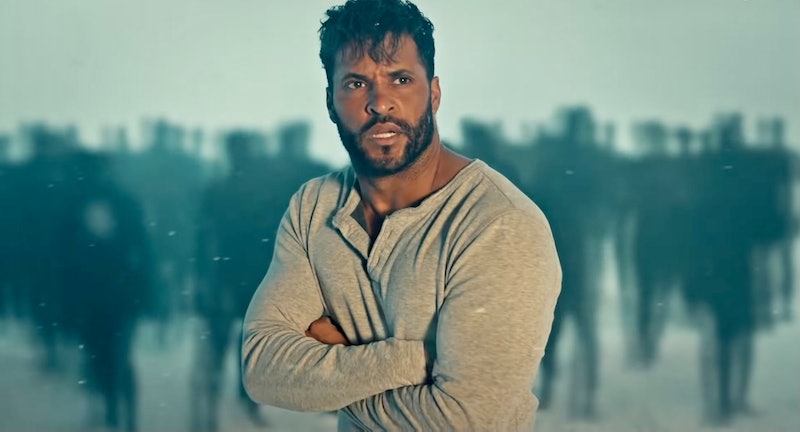 Although Starz has yet to make an official renewal announcement, actor Ricky Whittle confirmed that writers have already planned an American Gods Season 4. While discussing where his character, Shadow Moon, could go from here, Whittle said he’s already “seen how the whole story plays out, through Seasons 3 and 4” in the writers’ room. “I know how the story potentially does end now, which allowed me to play the character throughout Season 3 with the mindset of moving towards Season 4,” he said in a January interview with Collider.

So does that mean Season 4 could be American Gods’ last? That’s what Whittle seemed to be getting at, while adding that showrunner Charles “Chic” Eglee and author Neil Gaiman had “put their heads together about how to end this story.” He continued, “we definitely know where we want to go. We definitely know how all of the main threads, arcs, and characters are gonna come together for an epic ending, and I’m truly excited by it.”

Whittle also teased that fans already have every Season 4 plot clue at their fingertips. “If you look deeply, you can find all the information you’re ever gonna need on this show,” he said. “So, there are a lot more Easter eggs in Season 3, alluding to what’s gonna happen in Season 4 and where we go. It’s very exciting to me.”

Ian McShane, who plays the ill-fated Mr. Wednesday, a.k.a. Odin, also recently revealed that he’s sure Gaiman is “etching something out” for Season 4, though he had no further information. As the actor recently explained to Decider, by the end of Episode 10, American Gods will “have kind of done most of the book in the form up to a certain point.” But that could make things “interesting,” he noted. “You can go anywhere after that.”

Adding fuel to the rumors, Gaiman himself seemingly referred to Season 4 as a sure thing as recently as January. During an interview with Digital Spy, he addressed the absence of Media from Season 3, adding that the character could return in the fourth season. (Gillian Anderson portrayed Media in Season 1, and Kahyun Kim played an updated version called New Media in Season 2.) "Right now, I think that Media feels fragmented, which is one reason why we took a lot of that role, and divided it up amongst these sort of social media entities that you got to watch Ms World interacting with," Gaiman, who also served as an executive producer, said. "I think by season four, Media may well have settled down and become something else again, both more powerful and less powerful than it was in season one."

Regardless of what happens, fans will likely have to wait quite a while for Season 4. Each gap between seasons thus far has been about two years — so even if Starz gives the green light, a new installment likely won’t premiere until early 2023. The good news: That’s plenty of time to re-watch the first three seasons.

More like this
Ava DuVernay Thought The 'Queen Sugar' Series Finale Felt “Really Satisfying”
By Brad Witter
Theo James Revealed The Truth About His 'White Lotus' Nude Scene & Fans Can't Cope
By Stephanie Topacio Long
The 'Kenan & Kel' Reunion On 'SNL' Took A Dramatic Turn, Thanks To Keke Palmer
By Brad Witter
Keke Palmer Just Announced She's "Going To Be A Mom" On 'SNL'
By Brad Witter
Get Even More From Bustle — Sign Up For The Newsletter