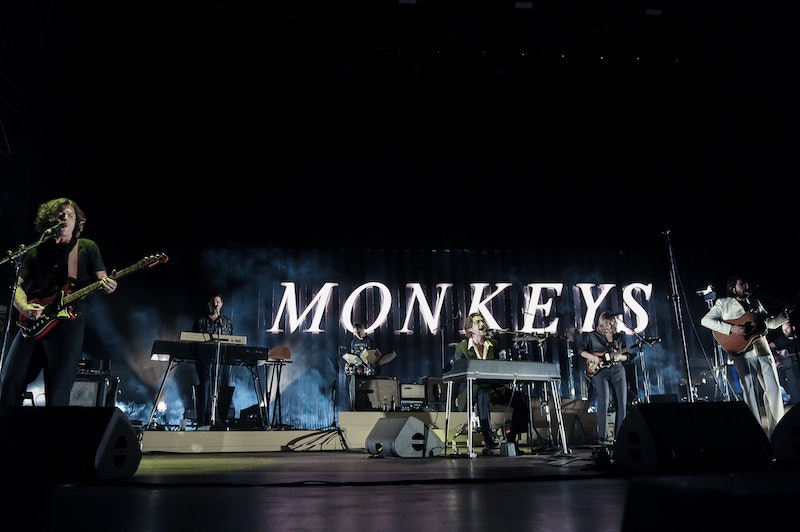 It’s official. Arctic Monkeys have “pretty much” finished their seventh studio album after a three-year wait, with drummer Matt Helder confirming to BBC 5 Live earlier this month that the band’s new music is “all in the works” and should be released in 2022.

With a new album comes the promise of a new tour, and the Arctic Monkeys have also announced plans to perform next year. Soon after the band revealed that it will headline shows in Turkey, Bulgaria, Croatia, and the Czech Republic in August 2022 (tickets went on sale on November 24, FYI).

Elsewhere, the band confirmed (Nov. 23) that they are planning to take to the stage at Summer Well Festival in Buftea Romania on August 13, and will later play Sziget Festival in Budapest, Hungary on August 15.

Next, the band is also geared up to perform Zürich Openair in Switzerland (August 23), Paris’ Rock En Seine (August 25), and in September Cala Mijas Festival in Malaga, Spain (September 1) and Kalorama in Lisbon, Portugal (September 2). You can find ticket details on the Arctic Monkeys Website.

Best of all for UK residents, the band confirmed on Dec. 8 that they will be performing at both Reading and Leeds in 2022.

These gigs represent the first time Alex Turner, Jamie Cook, Matt Helders, and Nick O’ Malley have performed live together as a band since 2019, with lockdown halting their album plans. Though they have yet to announce any UK dates, signs say the Arctic Monkeys will eventually tour the UK too.

Speaking to BBC 5 Live during the Children In Need Drumathon, Helders teased to the upcoming tour, telling presenter Rick Edwards that “I think by the time we get everything together it’ll be next year. Hopefully, we can get out and tour next summer.”

This announcement will be welcomed by fans of the Sheffield band who’ve been gagging for new music since Tranquility Base Hotel & Casino was released in 2018. And the thirst for the new music and upcoming tour is quite clear on social media.

“Arctic Monkeys tour in the summer excuse me?” one person tweeted following the interview, while another excitedly exclaimed in all caps “ARCTIC MONKEYS ARE GOING TO TOUR AND THEY ARE COMING BACK WITH A BANGER ALBUM I AM DYING.”

With promises of “Arctic Monkeys 7” now confirmed, the drummer also hinted at a new sound for the album, claiming to BBC 5 Live that the band “tend to always move it on a little bit,” adding “we always do try and do something a bit different – it’s kind of hard to describe. You can tell it’s the same band."

More like this
Rita Ora Finally Opened Up About Marrying Taika Waititi & Their "Perfect" Wedding
By Sophie McEvoy and Catharina Cheung
Here’s How You Can Watch The Grammys 2023 In The UK
By Emma Madden and Catharina Cheung
Twitter Is Saying The Same Thing About Beyoncé's Renaissance World Tour
By Shahed Ezaydi
“I’m Not Here To Make Friends” Speaks To A New Sam Smith Era
By Maxine Harrison
Get The Very Best Of Bustle/UK
Sign up for Bustle UK's twice-weekly newsletter, featuring the latest must-watch TV, moving personal stories, and expert advice on the hottest viral buys.