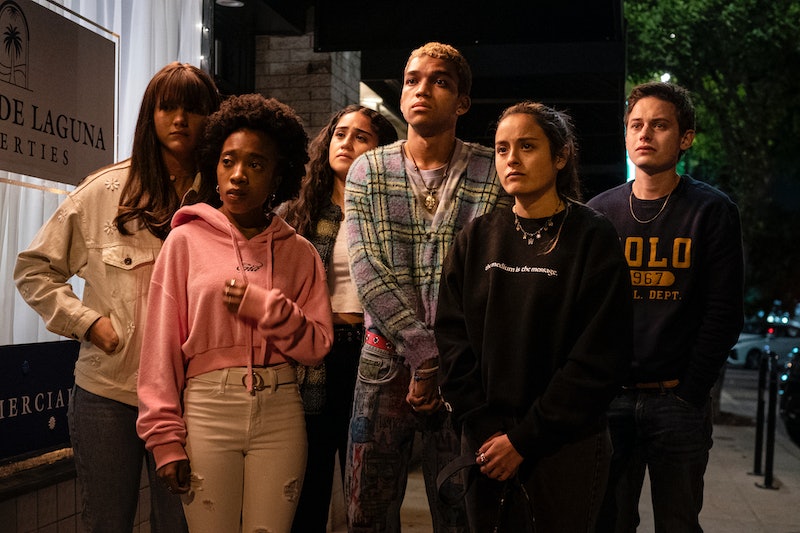 Co-created by teen Zelda Barnz and her dad, Daniel, HBO Max’s teen drama Genera+ion is an exploration of what it means to be young and queer. The show focuses on a group of Southern California teens who are all members of their high school’s Gay Straight Alliance (GSA) club. They fight, they flirt, and together they support each other through a variety of struggles, from coming out to parents to giving birth in a mall bathroom.

“Zelda was telling us these hilarious stories about her Rainbow Alliance at her school,” Daniel Barnz explained to The Hollywood Reporter in February. “As we were listening to them, she was telling us about people who would show up just because they wanted to find somebody to date and a lot of the hilarious politicking that would happen in the meetings. We were talking about this world and it became, ‘That could be a really interesting world for a TV show.’”

The show has been praised for its more authentic portrayal of teenage life and sexuality, but HBO Max has yet to renew Genera+ion for Season 2. It seems like the streamer is invested in the show continuing, though. Initially the show was picked up for a 10-episode order, but the season grew to 16 episodes when studios halted production in 2020. Daniel Barnz said that while it’s been “quite tense” making the show during the pandemic, the production delays actually led to HBO Max giving them the OK for more episodes. “It was a real gift for us because we really love these characters,” he said.

Fortunately, we will start to see those additional episodes very soon. Season 1’s second part will premiere sometime in June, according to an HBO Max press release.

Zelda Barnz added that she could easily see the show continuing on. “I hope that it gets renewed for more seasons,” she said.

Though the Barnzes didn’t elaborate on why HBO Max increased the episodes during the break, it’s likely the studio was impressed with what they saw. And at the 2021 Television Critics Association winter press tour, Head of HBO and HBO Max Programming Casey Bloys said they’re looking to bring in younger audiences to the platform.

“With [HBO] Max, what’s nice about having Euphoria and We Are Who We Are — we’ll have Genera+ion, we’ll have Gossip Girl, we’ll have the Warner Brothers library,” he explained, per Variety. “That young adult demographic is important for Max going forward. And so every show that adds to that, whether it’s on HBO or Max, is a good thing for us to build up that brands so when young adult subscribers come in, they have shows to check out and places to go.”

That sounds like a good sign for Genera+ion, and fans might not have to wait long to hear some renewal news. It seems that HBO and HBO Max take about a month or so to announce whether or not a show is canceled. HBO’s other teen drama, Euphoria, got a Season 2 renewal just a month after the first season aired, while Run was canceled a month and a half after the season ended.

We’ll have to wait and see, but regardless of whether Genera+ion gets renewed, Zelda Barnz said she’s determined to keep creating content. “I’m not sure specifically how I envision moving forward but I definitely want to continue being a writer and I really loved writing scripts specifically,” she told THR. “So hopefully I get to do a lot more of that.”