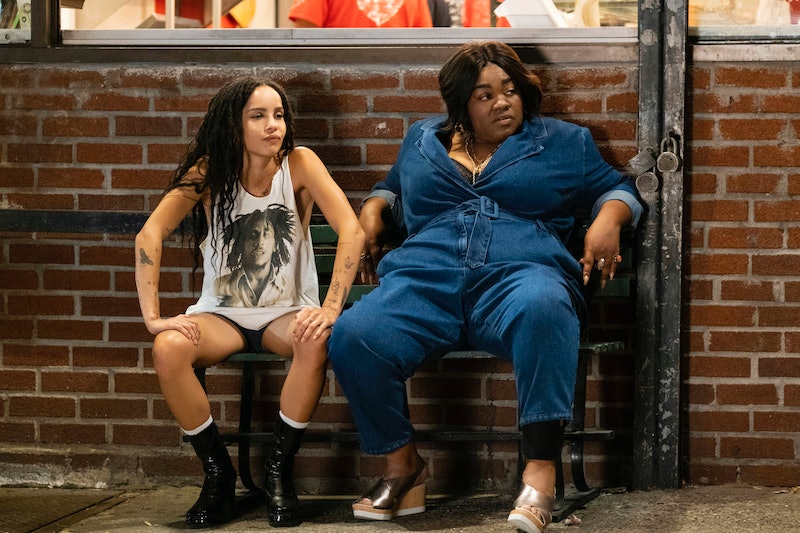 Update: Hulu announced on July 5 that High Fidelity has been canceled after one season, Variety reports.

Earlier: The Season 1 finale of Hulu’s romantic comedy series High Fidelity is simultaneously satisfying and reassuringly open-ended. The ruminations of lovelorn record shop owner Rob Gordan — played with effortless cool, which is to say, real cool by Zoë Kravitz — finally move beyond the entirely solipsistic. After 10 episodes of thinking exclusively about herself, she finally takes some action to show that she can grow and have a little self-awareness. The ending feels almost like a compromise, which in light of the silence surrounding the likelihood of a High Fidelity Season 2, might be the most fans can hope for.

The big cliffhanger is whether Rob will be able to make it work with Clyde, the nice guy who's pursued her all season. In their final scene together, he tells her there’s a 9% chance that the relationship can be revived. The odds are slim but Rob takes the news surprisingly optimistically — it’s clear that she's willing to put the effort in.

There are, of course, some subplots which remain completely unresolved, even in the finale. What, if anything, will happen with Cherise and her music career? What to make the of two kids who have been stealing records from the store only to take great samples for their own tracks? Will Mac get married to Lily even in the face of his uncertainty about Rob?

There’s clearly more story to tell and more Top 5 lists to be made, but the possibility for a Season 2 may also be a matter of timing. Several of the show's stars are demonstrably in demand. Kravitz is already in London, filming her role as Catwoman in The Batman, while Da'Vine Joy Randolph, who steals scene after scene as Cherise, is in On Becoming a God in Central Florida.

More like this
'Ted Lasso' Season 3 Might Be Its Last
By Zosha Millman and Grace Wehniainen
Everything To Know About A Potential 'Lockwood & Co.' Season 2
By Gretchen Smail
Everything To Know About 'Cobra Kai' Season 6
By Brad Witter
'Tulsa King' Season 2 Could Kick Off A Larger Universe Like 'Yellowstone'
By Grace Wehniainen
Get Even More From Bustle — Sign Up For The Newsletter
From hair trends to relationship advice, our daily newsletter has everything you need to sound like a person who’s on TikTok, even if you aren’t.