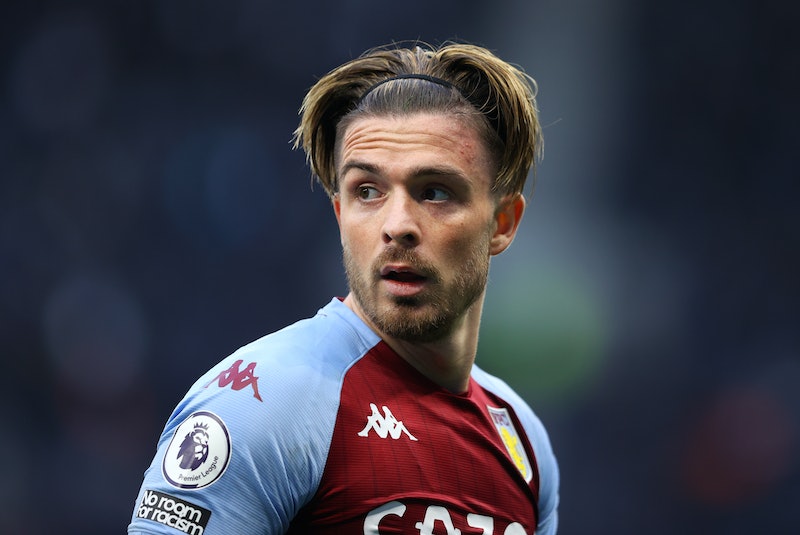 All eyes were on Jack Grealish during the Euros 2020 tournament (for various reasons), and now, word on the street is that the football star may swap the pitch for Corrie’s cobbles, given the opportunity. ITV bosses are rumoured to be eyeing up the Aston Villa player for a cameo on Coronation Street, after it was revealed that he is a huge fan of the popular soap. Apparently, he “tries to catch every single episode.”

The footballer may be a serious soap fan, but will Jack Grealish really appear on Coronation Street? Bustle has reached out to ITV to confirm, but is yet to receive any comment about a potential Grealish cameo. Still, per The Daily Star, Grealish most likely wouldn’t mind mixing it up on the famous street, which is filmed in Manchester.

“He apparently likes to keep up to date with the plots, and what’s happening to the characters,” an insider told the tabloid. “Let’s hope we can get him to pop into the Rovers one day. We’re sure the residents of Weatherfield would love to have an England ace gracing the cobbles.”

Grealish is reported to be friends with Corrie actor Andy Whyment, who plays Kirk Sutherland on the soap, so again, never say never. After all, the football player wouldn’t be the first celebrity to rock up to the Rovers Return, with everyone from Mel B to Prince Charles making surprise appearances in the past.

What we do know is that Grealish is currently quite far away from the north of England, however – his most recent Instagram posts show him enjoying some well deserved time off in Mykonos with friends (including another ITV fav, ex-Love Islander, Josh Denzel).

Between his vintage David Beckham hairstyle and his excellent football skills, a Corrie cameo would be yet another reason for fans to adore Grealish. If Bustle hears back from ITV to confirm, you’ll be the first to know.

More like this
All The Ways You Can Watch The Super Bowl In The UK
By Asyia Iftikhar and Darshita Goyal
Claire Foy Spoke Out About 'The Crown's Gender Pay Gap
By Sam Ramsden
Olivia Colman Stars In First-Look Trailer For BBC's 'Great Expectations'
By Sabah Hussain and Sam Ramsden
Alan Carr's 'Changing Ends' Is A Witty Sitcom Based On His Own Life
By Darshita Goyal
Get The Very Best Of Bustle/UK
Sign up for Bustle UK's twice-weekly newsletter, featuring the latest must-watch TV, moving personal stories, and expert advice on the hottest viral buys.