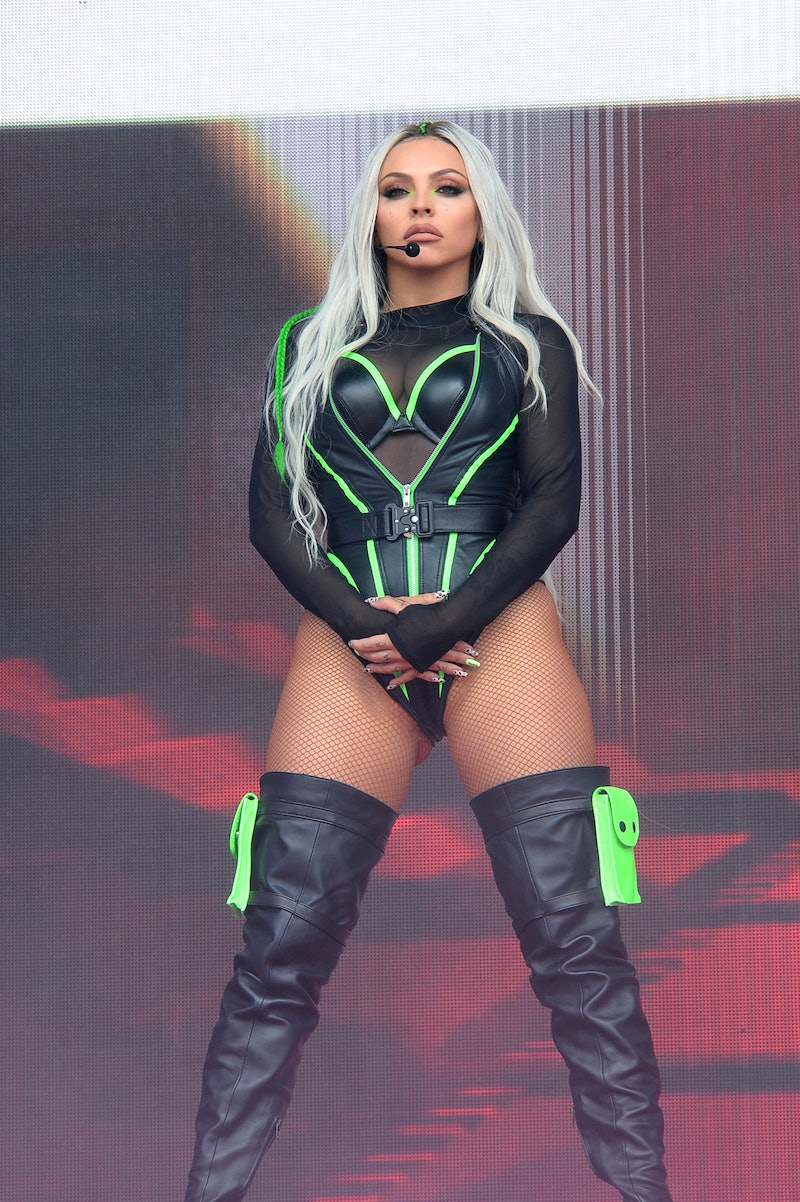 Following Jesy Nelson’s shock exit for Little Mix in December last year, many feared the singer would be leaving the music industry entirely after admitting to reaching a “breaking point”. However, after nine years in the girl band, it was later revealed that she’s signed an exciting new record deal and “couldn’t wait to start her next chapter.” It appears solo-stardom awaits for the 29-year-old but will Jesy Nelson tour the UK this year?

Given that the former Little-Mixer has yet to release any solo music, it seems unlikely that a UK tour will kick off this year — however, signs say, that a tour could be on the cards in the performer’s future. Bustle will keep you updated with any developments.

In Nelson’s landmark interview with Cosmopolitan, Nelson confirmed that she was currently “in the studio having fun.”

“Music is my life. It’s so powerful for me,” she said. “I’m in the studio just having fun. I loved the music I made with Little Mix, but it wasn’t the kind of music I listen to. It just feels so nice to be making music that I love. I don’t know when I’m going to bring it out. I feel really content and happy. It’s the weirdest, best feeling in the world.”

When she announced that she’d be leaving Little Mix, Nelson told her followers on Instagram that she found “the constant pressure of being in a girl group and living up to expectations very hard,” but solo artist life seems to be suiting her.

Nelson hasn’t wasted any time in rekindling her love for music since she’s left Little Mix, posting a number of Instagram selfies in the studio, or as she describes, her “happy place.” The various Insta-photos have been delighting Jesy Nelson’s fans who believe she’s teasing to her new musical projects. As one person commented: “Stop teasing and give us at least a snippet, we are dying here!”

As Bustle reported, just a few weeks after announcing her departure from the band, Nelson started to work on her own music (Feb. 16), enlisted the help of songwriters Patrick Patrikios and Hanni Ibrahim who wrote "Touch" and some of the tracks on LM5 with Little Mix, and signed with a new management firm YMU.

In a statement seen by Music Week from the management firm – which also represents Take That, Steve Aoki, Ant & Dec and Fearne Cotton — Jesy said she was “so excited” and “couldn't wait to start her next chapter.”

Mary Bekhait, group CEO of YMU, added: “Jesy has enjoyed incredible success as a recording artist and performer and is well placed to further her remarkable career. She is a hugely talented, versatile and authentic artist with a strong creative vision, and we are looking forward to helping her realise that.”

Meanwhile, Little Mix postponed their 2021 Confetti tour due to the pandemic and looks to be kicking off in April 2022.