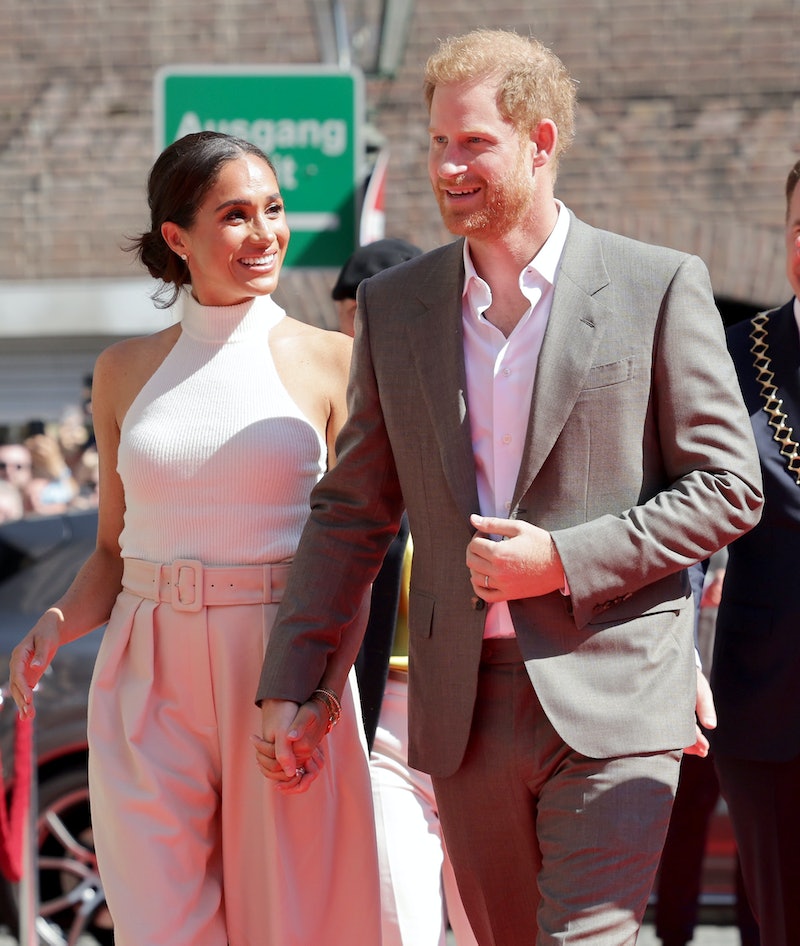 How Does Lilibet’s Birth Certificate Differ From Archie’s?

Meghan Markle and Prince Harry decided to do things differently on the birth certificate for Lilibet Diana. On Archie’s birth certificate back in 2019, Prince Harry’s name appeared as “His Royal Highness Henry Charles Albert David Duke of Sussex,” while Meghan’s title was “Rachel Meghan Her Royal Highness The Duchess of Sussex.” This slightly differed from the titles that the Duke and Duchess of Cambridge used, which included “Prince” and “Princess,” respectively.

According to People, who got a hold of Lilibet’s birth certificate in July 2021, Prince Harry’s first name appears as “The Duke of Sussex” and his surname is “His Royal Highness.” Meghan’s maiden name is included — Rachel Meghan Markle — per the document’s legal requirements.

On Prince William’s birth certificate — along with Prince Harry’s — Diana didn’t include her first name, listing her royal title (Her Royal Highness the Princess of Wales) instead, though including her maiden surname, Spencer, where required.

On Archie’s birth certificate, the couple’s occupations were listed as “Prince” and “Princess of the United Kingdom,” although Meghan does not hold the title of princess. (Just as the Duke and Duchess of Cambridge included in their children’s birth certificates.) As Lilibet was born in California, her birth certificate doesn’t list her parents’ occupations, as it isn’t required.

Why Did Harry & Meghan Make The Change?

Although the Duke and Duchess of Sussex are no longer senior royals, part of their agreement with the Queen was that they would keep their titles as “His and Her Highness” but would no longer use them.

Meghan may not be a princess, but now that Prince Charles has stepped into the role of King Charles III, Archie and Lili have inherited the titles of prince and princess as per royal tradition established by King George’s V’s Letters Patent.

The Duke and Duchess of Sussex are not the only royals who haven’t given such titles to their children, with Princess Anne, Prince Edward, and Princess Eugenie making the same decision for their children. In their tell-all interview with Oprah in March 2021, Meghan shared how she and Harry would let their children make their own choices about their titles. She said: “Even though I have a lot of clarity of what comes with the titles good and bad... that is their birthright to then make a choice about.”

More like this
Will Archie & Lilibet Attend The Queen's Funeral?
By Sam Ramsden
The Queen’s Beloved Corgis Played A Special Role At Her Windsor Service
By El Hunt
Prince George & Sophie Wessex Shared A Tender Moment At The Queen’s Funeral
By Jake Viswanath
Ed McVey Shares A Surprising Connection With Eddie Redmayne
By Catharina Cheung
Get The Very Best Of Bustle/UK