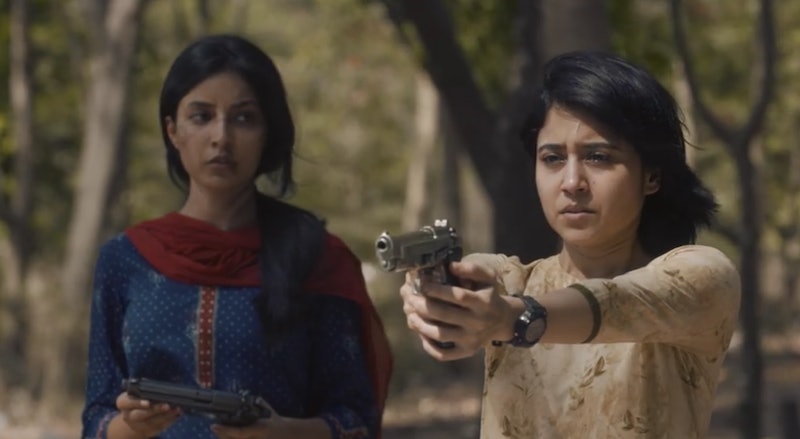 Just like Queen of the South, Narcos, and Ozark, Amazon Prime Video’s Mirzapur is a gritty crime drama about several warring families. Season 1 ended in a bloody wedding shootout, and Season 2 expanded a number of conflicts between the Pandit, Tripathi, Gupta, and Shankar families. While Amazon has not officially announced Mirzapur Season 3, Ali Fazal, the actor who plays Guddu, definitely thinks another season could work.

"There are more characters that have tuned in, and the show has sort of gone out of Mirzapur and back again," Fazal told The New Indian Express in a recent interview. "I think it might also head into Season 3."

The story began when Munna, the son of Mirzapur mob boss Akhandanand Tripathi, accidentally killed the groom at a wedding. This put their family on a collision course with honorable lawyer Ramakant Pandit and his two sons, Guddu and Bablu. Their conflicts snowballed, eventually leading to Munna killing Bablu and Guddu's wife, Sweety, in a Red Wedding-esque execution. "He who sits on the throne can change the rules at any time," Munna says in the Season 2 trailer.

Now Guddu and Sweety's sister, Golu, are on a mission to take down Munna, whose power only seems to grow in Season 2. "Golu from Season 1 would have never imagined that she’d go down this road," Shweta Tripathi said of her character to Film Companion. "But when you take away people who matter the most, with her best friend and sister and her unborn child being killed, then you can’t blame her for her actions in Season 2."

Both Tripathi and Fazal's characters are determined to weather their hardships, and behind the scenes, Mirzapur Season 2 has been subjected to its own form of controversy. In December 2019, the Bharatiya Janata Party passed the Citizenship Amendment Act and National Registry of Citizens, policies that exclude Muslim immigrants from paths to citizenship. As a result, protesters took to the streets, and both Fazal and Mirzapur co-producer Farhan Akhtar voiced support for their activism. Their anti-CAA stances led to calls on Twitter to boycott Mirzapur Season 2, with many calling Fazal an anti-nationalist. The internet outrage doesn't seem to faze Fazal, though.

"I feel bad when people talk about boycotting the show because so many people are involved in making it," Fazal explained to DNA India. "Sometimes, I have to weigh my options and take a step back for the larger good of others; I don’t want them to bear the brunt of my actions. That said, I will not stop raising my voice. I am an artist in a free world. I am supposed to raise questions. The environment of hate needs to be tackled with peace."

Tripathi voiced a similar sentiment, noting to Femina that Fazal's personal activism has nothing to do with the show itself. "These hashtags, they don’t bother me," she said. "I’ve done my job where I poured my emotions and everything that I had into the projects that I do. I just hope that the audience will be sensible and I know they are. ... Let’s support each other."