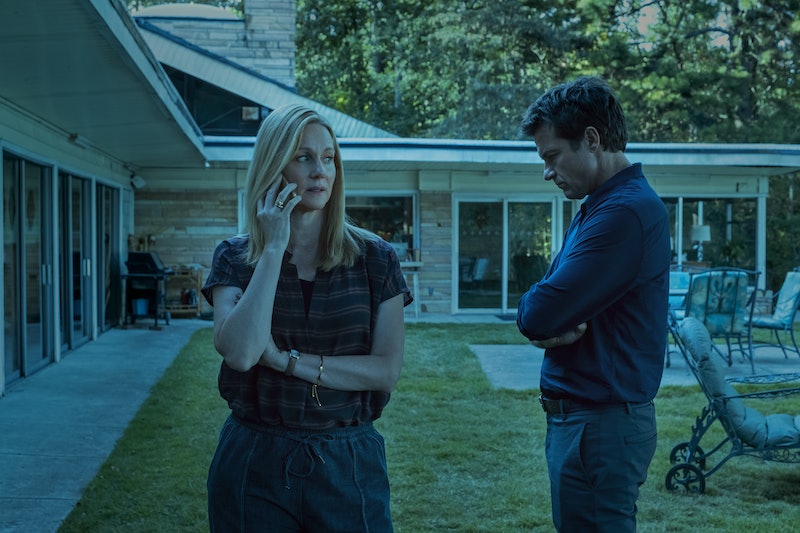 Update: Netflix announced on June 30 that Ozark will return for a fourth and final season. It will be split into two parts, each with seven episodes. A premiere date has not yet been announced.

Earlier: Ozark, Netflix's hit drama about money laundering and warring crime families, is finally back for a third season. Set six months after Season 2, Season 3 revolves around Marty and Wendy's power struggle and the return of Wendy's brother Ben. Netflix has not yet announced if Ozark will return for Season 4, but things are ratcheting up for the Byrdes, and Ozark's creative team has long planned for at least two more seasons.

"We've always talked about it as five seasons. It could be four, it could be seven ... but that always seemed like a good number to us," Ozark showrunner Chris Mundy said during an April panel at the Milken Global Conference in Beverly Hills, per The Hollywood Reporter. He added that they've been gradually "building little things in, if we keep on track for the emotional ending we're guessing we'll have," but that ultimately, there are "people that are in bigger chairs than mine who make those decisions."

It's very possible Ozark will be one of the few Netflix shows to make it beyond a third season, joining the likes of Orange is the New Black, Grace and Frankie, House of Cards, and Unbreakable Kimmy Schmidt. (Technically Narcos falls into this bucket too, since it ended after three seasons but spun off into Narcos: Mexico.) In 2017, Indiewire reported that Ozark was Netflix's most popular show, ahead of Narcos and even Stranger Things. While that was just for Ozark's first season, one can assume its kept a strong viewership in order to make it to Season 3.

The reason why a lot of Netflix shows end with Season 3 is not totally clear, but Nellie Andreeva at Deadline suggested that Netflix's unique investment model causes costs to skyrocket after a show's second season. So, the streaming company gives its writers creative freedom to find an audience for two or three seasons, then tightens its renewal criteria as costs go up.

But if Ozark is indeed as popular as the numbers suggest, it's likely to come back. The show was renewed for Season 3 just two months after Season 2's release, so we should be getting news either way sometime this summer.

More like this
Here’s Why Danny Masterson’s Hyde Isn’t In 'That '90s Show'
By Brad Witter
TikTok Pointed Out A Major 'Emily In Paris' Continuity Error
By Sophie McEvoy
Everything To Know About 'Cobra Kai' Season 6
By Brad Witter
Everything To Know About 'Vikings: Valhalla' Season 3
By Gretchen Smail
Get Even More From Bustle — Sign Up For The Newsletter
From hair trends to relationship advice, our daily newsletter has everything you need to sound like a person who’s on TikTok, even if you aren’t.

This article was originally published on March 26, 2020