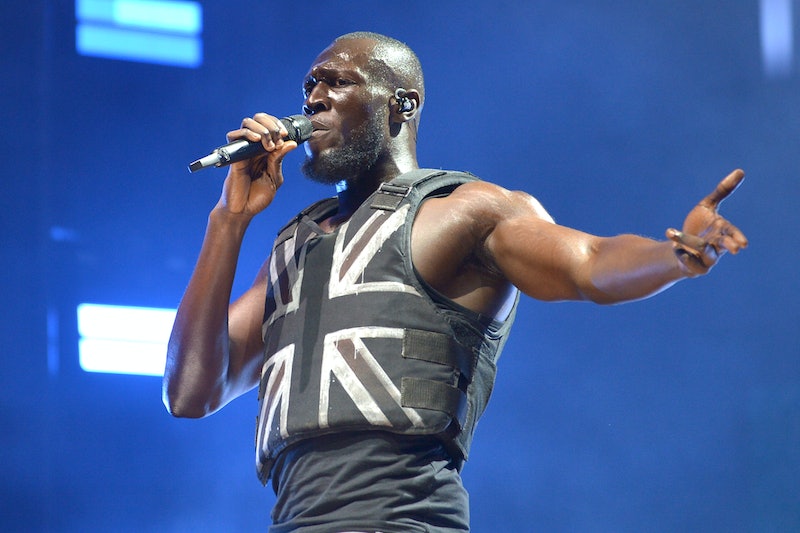 There’s no doubt that music and entertainment were two of the industries hit hardest by the coronavirus pandemic, with Sir Elton John, Guns’n’Roses, and The Rolling Stones among those forced to delay live tour dates. Brit Award winner Stormzy was no exception and was forced to push back many of his long-awaited tour dates, too.

Stormzy’s 2017 debut album, Gang Signs And Prayer, was the first grime album to reach number one in the UK, and was followed by the release of his highly anticipated second album Heavy Is The Head (H.I.T.H) in December 2019. The 28-year-old had scheduled a tour of the same name for September 2020 but the tour dates had to be postponed once again until April 2021 due to the coronavirus pandemic. Of course, in a story we now know all too well, the “Heavy Is The Head” tour dates in April 2021 had to be moved once again.

Now, Stormzy has announced the “Heavy Is The Head” tour dates will go ahead in 2022. Here’s everything we know so far.

Stormzy will once again be taking to the stage in 2022. In his biggest tour to date, Stormzy has announced 13 shows across March and April 2022, featuring several dates from his previously-scheduled tour and new shows.

Where Is Stormzy Going On Tour?

The “Heavy Is The Head” tour is now expected to begin at the Motorpoint Arena in Cardiff on Sunday, March 13 and finish at the OVO Hydro in Glasgow on Monday, April 4, including shows in Manchester, Liverpool and Birmingham, as well as a three-night stint at London’s O2 Arena from March 27-29.

How Can I Buy Stormzy Tickets?

Stormzy finally confirmed the new dates on Tuesday (Oct. 19) and announced that extra tickets for his UK and Ireland “Heavy Is The Head” tour would be available.

Original tickets for the 2021 tour remain valid for the new dates in 2022, with a new drop of final tickets also available online for all dates (via Ticketmaster). Prices range from £40 to £57 for general admission, depending on the venue.

More like this
Adele’s Boyfriend Was “Livid” Over This Fan Interaction At The Singer’s Show
By Sophie McEvoy
Mollie King & Stuart Broad Just Shared The First Pic Of Their Baby
By Sophie McEvoy
The David Beckham Qatar Controversy, Explained
By Sophie McEvoy
Elton John Shares Plans For Landmark Glastonbury 2023 Performance
By Sam Ramsden
Get The Very Best Of Bustle/UK