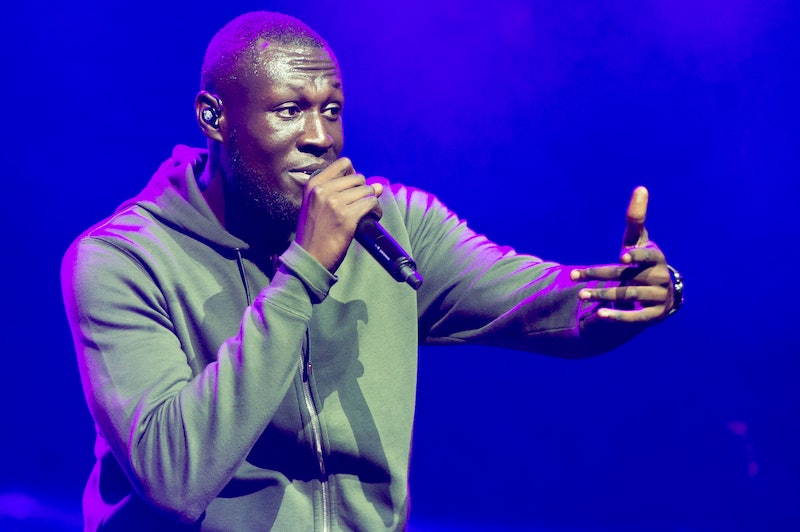 In terms of world domination via music, Stormzy is killing it. And with his huge upcoming world tour, he's truly going global. But, talking closer to home, how do you get tickets for Stormzy's UK & Ireland 2020 tour?

Now, once you've stopped screaming let's get to it. So the tour is going all over the globe in the star's biggest ever tour but will be hitting our shores in September. The tickets go on official sale on Dec 6 from 9a.m. on Ticketmaster. However, if the mere thought of leaving it so long makes you feel tetchy, you can pre-order his new album Heavy Is The Head from Stormzy's official store before Tuesday Dec 3 to access the presale tickets. Here are all the UK & Ireland dates.

South London's finest, Stormzy, has had a meteoric rise to fame and success since he was discovered. If he wasn't doing well enough, his headliner set on the Glastonbury Pyramid stage wearing a stab vest created by Banksy sealed the deal. That deal being becoming an official icon of the British rap scene. His first album Gang Signs & Prayer was so successful that his second album, Heavy Is The Head, is potentially one of the most hotly anticipated of 2019. It's out on Dec 13 and almost a guaranteed number one hit. Looks like that head is going to remain heavy; because that crown ain't going anywhere.

More like this
Twitter Is Still Flying High After McFly’s Glastonbury Set
By Sophie McEvoy
Adele’s All-Female Lineup Includes Kacey Musgraves, Mahalia, & Self Esteem
By Shahed Ezaydi
Tove Lo Wants A Safer World
By Sam Ramsden
Girls Aloud Are Reuniting In A Race For Life Honouring Sarah Harding
By Sophie McEvoy and Rachel Mantock
Get The Very Best Of Bustle/UK