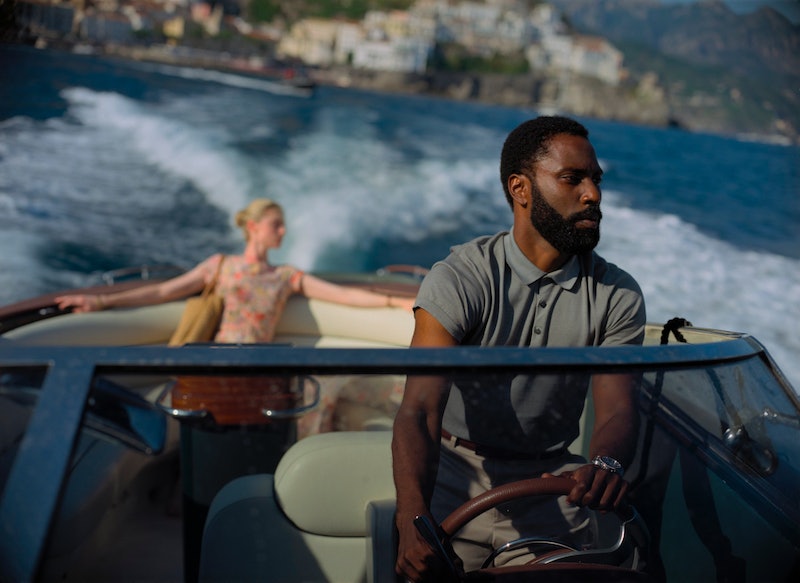 A number of movies that were set to open in theaters are now being release on VOD or other streaming services given the coronavirus pandemic. Movie theaters are still closed in many states, and much of the moviegoing public is still wary of sitting in an enclosed space with a number of strangers while watching a film. So studios have had to improvise. A number of movies have been pushed to 2021 while others are heading to our homes. Trolls World Tour released on VOD instead of in theaters, and movies that had a short life at the multiplex, like The Invisible Man and Disney's Onward, became available on-demand way earlier than they usually would have. More recently, Mulan hit Disney+ months after it was supposed to open in theaters. But despite the recent on demand push, Christopher Nolan moved forward with releasing his latest film Tenet in theaters. (The movie is out now.) But those who aren't ready to go to theaters are wondering, when will Tenet be available on VOD?

Don't count on it any time soon. Nolan has been one of the most vocal proponents of the theatrical movie-going experience for years. "My interest in cinema is large-scale storytelling," he told IndieWire back in 2017 adding that he would never make a movie for Netflix because he believes any movie should have a theatrical run before heading to VOD or a streaming site. "The only platform I’m interested in talking about is theatrical exhibition. If you make a theatrical film, it’s to be played in theaters.”

By May, it sure sounded like Nolan was on a mission. IMAX CEO Richard Gelfond told Variety, “Chris really would like to be coming out with the film that opens theaters. I don’t know anyone in America who is pushing harder to get the theaters reopened and to get his movie released than Chris Nolan.” Nolan even penned an op-ed in The Washington Post saying that movie theaters represent “a vital part of American social life” and need to be helped and preserved. And in the end, Nolan's mission was a success. The film is currently out, but only in theaters.

So don't look for Tenet on demand any time soon. Big blockbuster movies like this usually take a few months after their initial theatrical release before hitting VOD services or streamers — and Nolan seems in no rush to let his film become available for streaming.