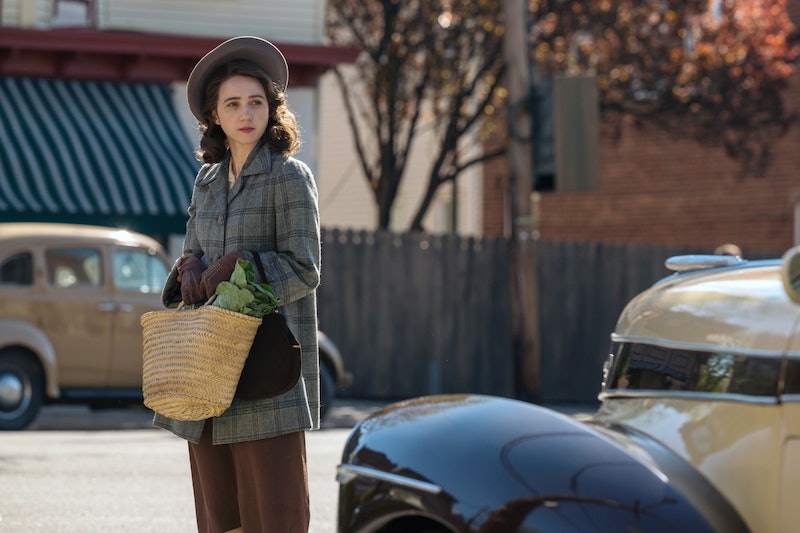 With its sixth and final episode airing on April 20, viewers may be wondering if The Plot Against America will return for Season 2. Based on Philip Roth's 2004 novel of the same name, the HBO drama is billed as a limited series, so the likelihood of any future installments is slim. However, the premium network has been known to revive a show despite finishing the literary source material, as was the case with Big Little Lies, which was also originally conceived as a limited series. So if The Plot Against America were to return, it would likely have to tackle a different historical time period — HBO hasn't made any announcement to that effect.

Starring Zoe Kazan, Winona Ryder, and John Turturro, among others, The Plot Against America imagines a dark alternate version of World War II-era American history, in which Charles Lindbergh defeated Franklin Delano Roosevelt in the 1940 presidential election. In addition to being a famed pilot, Lindbergh was an anti-Semitic isolationist, according to the BBC. As it plays out on The Plot Against America, he turned the nation toward fascism, and the story of how is told through the perspective of a working-class Jewish family in Newark, New Jersey.

David Simon, who co-created the series with Ed Burns, noted in a March NPR interview that he'd first been approached to adapt Roth's book in 2013 during Barack Obama's presidency, but initially shelved the idea. According to Simon, the country felt "more inclusive" and "less susceptible to demagoguery" at the time. He also didn't believe "somebody coming up and 'othering' a minority group and playing into America's worst impulses towards fears" was plausible anymore.

When Donald Trump was elected in 2016, he said he walked right in to HBO. "Every one of the characters struggles with that question of: Where do you stand in an America that is transforming itself into something less than a republic? And that's kind of where we're at," Simon explained to NPR. "I think I'm fairly convinced not only that it can happen here, but that we are right now on a road that it will happen here, that unless there's a sufficient level of awareness of how vulnerable we are and how fragile democracy actually is."

Although The Plot Against America's has come to a decisive conclusion, there are plenty of historical events future installments could potentially tackle as cautionary tales. Whether or not HBO will decide to go that route, however, remains to be seen.