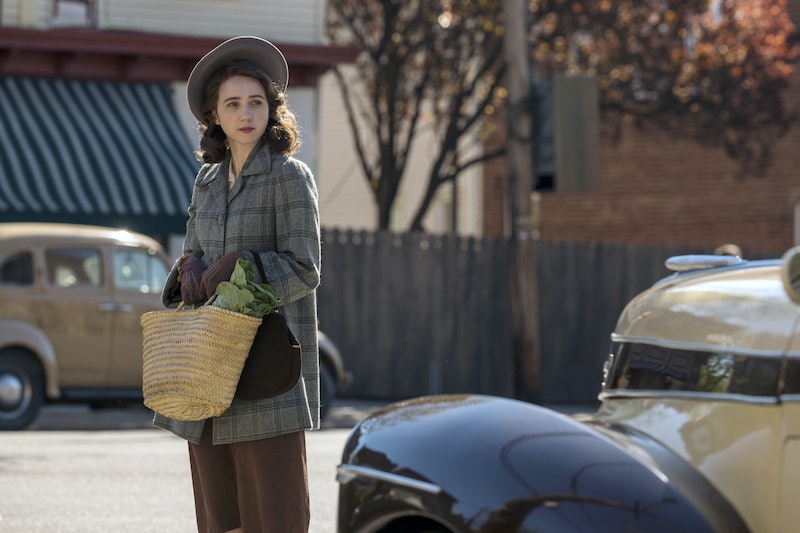 The story of a presidential candidate using fear to win support doesn't seem as far-fetched as it should in the trailer for HBO's Plot Against America trailer. Based on the novel of the same name by Philip Roth, the limited series is set in an alternate history version of America in which Charles Lindbergh runs for President of the United States in the World War II era. In addition to being a famed pilot, Lindbergh was also an isolationist and antisemitic, per BBC.

With Lindbergh's campaign winning out, the series will depict America's turn to fascism through the eyes of a working-class Jewish family living in New Jersey. The series stars Winona Ryder, Zoe Kazan, Morgan Spector, and John Turturro as members of the Levin-Bengelsdorf family, who find themselves divided over Lindbergh's growing popularity. While part of the family sees the pilot as a dangerous man who could threaten the safety of them and everyone they know, others, like Turturro's conservative Rabbi Lionel Bengelsdorf, believe that he's the only candidate who can protect America from becoming involved in another European war.

In the trailer, Turturro's character insists that Lindbergh is "not an evil man, not in any way." His words are intercut with images of vandalized graves, a hooded member of the KKK advancing on a car, and people dead in the streets. It's a chilling sequence that evokes modern political rhetoric in a way that should make viewers uncomfortable.

Roth's novel was first published in 2004, but its vision of an America divided is more relevant than ever before. And it doesn't feel like a coincidence that the miniseries is launching during an election year. If the trailer leaves you feeling unsettled, then just know that's exactly what showrunner David Simon intended.

In a Dec. 2019 interview with Entertainment Weekly, Simon shared that he didn't feel the story was relevant when HBO first approached him about an adaptation, but the recent shift in Western politics changed his mind. "It was right after Obama had been reelected and I said, 'I don't see it.' Then, [with] what's happened politically in the last few years — not only in America, but throughout the West — in terms of this dissonance, almost fact-based political realities and demagoguery in the rise of the angry nationalists and populists, the very guts of what Roth was writing about suddenly seemed conceivable."

Like HBO's other alt-history hit Watchmen, The Plot Against America is set to challenge viewers and force them to think about history in a new way. And while it might just give you nightmares, the limited series looks poised to get people talking when it premieres on March 16.