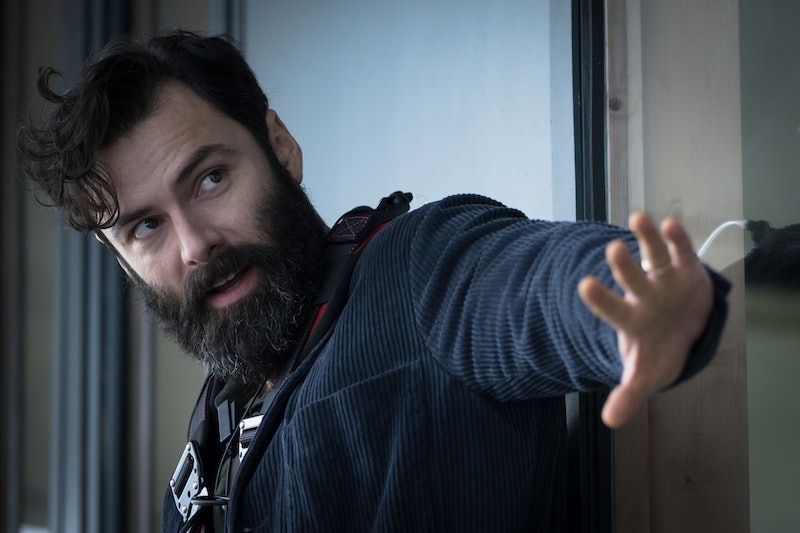 Spoiler alert: This article contains details of how The Suspect book and TV show both end.

Starring Poldark’s Aidan Turner, ITV’s latest five-part drama The Suspect concluded on Sep. 27, leaving viewers wanting more thanks to a pretty open ending. Based on the book of the same name, written by Australian crime writer Michael Robotham, the author went on to write eight more books following psychologist Joe O’Loughlin as he and former detective Vince Ruiz (played by Shaun Parkes) investigate other peculiar cases – cases that often end up with one or both of them embroiled in the suspected crime itself. There are nine books in total, giving ITV a lot to work with. So will there be The Suspect season 2?

Bustle has reached out to ITV for confirmation on whether The Suspect will be returning but has yet to hear back. However, seeing as the open ending of the finale has left viewers wanting more, it would be difficult to imagine that the broadcaster wouldn’t bring the series back – especially given the number of stories there are to tell still.

If a second season were to go ahead, it would see Turner and Parkes return as O’Loughlin and Ruiz, respectively. Per Digital Spy, the likes of DS Riya Devi (Anjli Mohindra), Dr Jack Owens (Adam James), and Dr Rachael Fenwick (Sian Clifford) could also return in future seasons.

As for what a second season of The Suspect would entail, it would more than likely focus on the second book in the series, Lost. With O’Loughlin being proven innocent at the end of season one, he has to do the same for Ruiz next. At the beginning of Lost, Ruiz is found in the middle of the Thames, covered in blood with a photo of a missing girl in his pocket. He has absolutely no memory of how he got there or what happened, so he enlists the help of Joe to get to the bottom of this mystery.

More like this
Kate Winslet Spoke Candidly About Filming A TV Series With Her Daughter
By Sabah Hussain and Sam Ramsden
'Bridgerton' Fans Will Love ITV’s 'The Confessions of Frannie Langton'
By Maxine Harrison
Our First Look At 'Vardy V Rooney: A Courtroom Drama' Doesn’t Disappoint
By Bustle UK
Ciarán Griffiths Is Making His 'Corrie' Comeback
By Catharina Cheung
Get The Very Best Of Bustle/UK