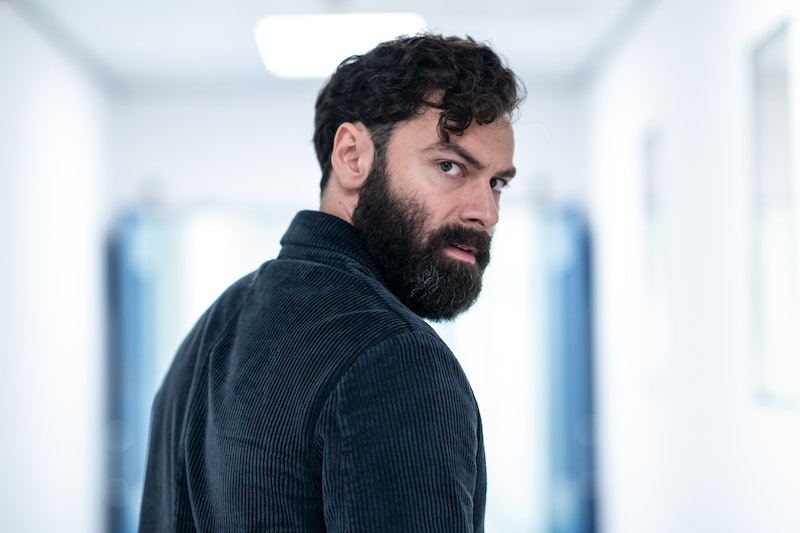 If you’re looking for a new drama to get stuck into, there’s an upcoming series from the people behind Line Of Duty that’s sure to have you hooked. ITV’s newest crime thriller, The Suspect, is made up of TV royalty. Prime Suspect and Gangs Of London’s Peter Berry wrote the screenplay, while Jake Lushington, who most recently worked on Vigil as executive producer, is also on board. So, let’s take a look at everything we need to know about the soon-to-be hit series.

The show is based on bestselling author Michael Robotham’s debut novel of the same name. Berry said in an ITV statement that he read the 400-page book in just one sitting. “Bringing The Suspect to the screen has been a fantastic and fascinating journey,” he remarked. “I hope the audience will find it equally enthralling as they delve the depths of a truly iconic character caught up in a story that will test his faith in his profession, his family, and himself.”

A synopsis for the series reads that Joe O’Loughlin “appears to have the perfect life — a devoted wife, a loving daughter, successful practice as a clinical psychologist, media profile, and a publishing deal. He’s even a hero online after rescuing a young patient who was ready to jump from the tenth floor of the hospital where Joe works.”

The Suspect begins when Dr O’Loughlin is called upon to assist veteran police officer DI Vincent Ruiz and his partner DS Riya Devi in an investigation involving a young woman found in a shallow grave in a West London cemetery. But it soon becomes apparent that O’Loughlin himself may have something to hide.

You can watch the trailer below to get a feel of the upcoming thriller. The five-part drama premieres on Monday, August 29, on ITV at 9 p.m. The episode will be made available on the ITV Hub afterwards.

More like this
Stanley Tucci Is Next Level In The BBC's 'Inside Man' Trailer
By Sam Ramsden and Sophie McEvoy
Ruth Wilson’s New Thriller Spotlights A Controversial Irish Institution
By Darshita Goyal
How A Location Blunder Changed The Outcome Of 'The Capture' S2.
By Darshita Goyal
ITV’s New Cold Case Detective Drama Is Giving 'Mare Of Easttown' – But Scottish
By Sophie McEvoy
Get The Very Best Of Bustle/UK