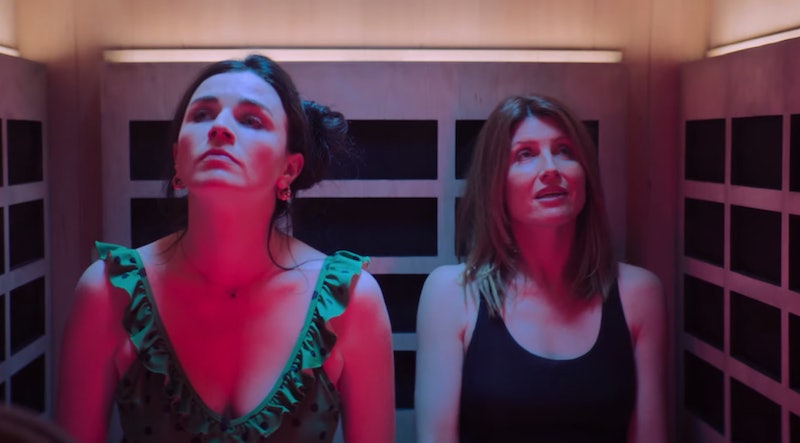 Channel 4’s BAFTA-winning sitcom This Way Up revolves around two Irish sisters, Shona and Aine, as they navigate through life in London and attempt to pick up the pieces of Aine’s “teeny little nervous breakdown.” With the show’s second season now upon us, fans are naturally beginning to wonder whether or not This Way Up will return for season three.

Per Radio Times, This Way Up is yet to be renewed for season three. As mentioned, the show’s second series recently began airing on Channel 4 and picks up right after the events of season one.

As it stands, there’s no official word on whether the show will continue, but it appears some members of This Way Up’s cast are definitely up for a third outing. Commenting on the possibility of series three, actor Tobias Menzies, who plays the character of Richard in the acclaimed comedy-drama, revealed that he would “love to do more.”

Speaking to the Radio Times, Menzies added that any potential future series would be down to This Way Up’s writer and lead star, Aisling Bea. “There’s something very personal about the work... She’s digging, I think quite deeply, into her own experiences and her own life to get that high level of authenticity,” he explained. “But maybe [if] she goes and lies in the darkened room for a bit. Yeah, she’s got another one in her, here’s hoping.”

Speaking previously of her aspirations for series two, Bea explained that she hopes This Way Up provides some level of comfort to any viewers who might’ve had “a rough lockdown or year.”

“I hope you identify with the show and see that there is a value and nobility to the middle ground of health where you don’t have to be a millionaire to be a good person or have a good life and that you are not supposed to be happy all the time, but that is OK,” she added.

This Way Up series two currently airs on Wednesdays at 10 p.m. on Channel and is available to stream in its entirety on All 4.