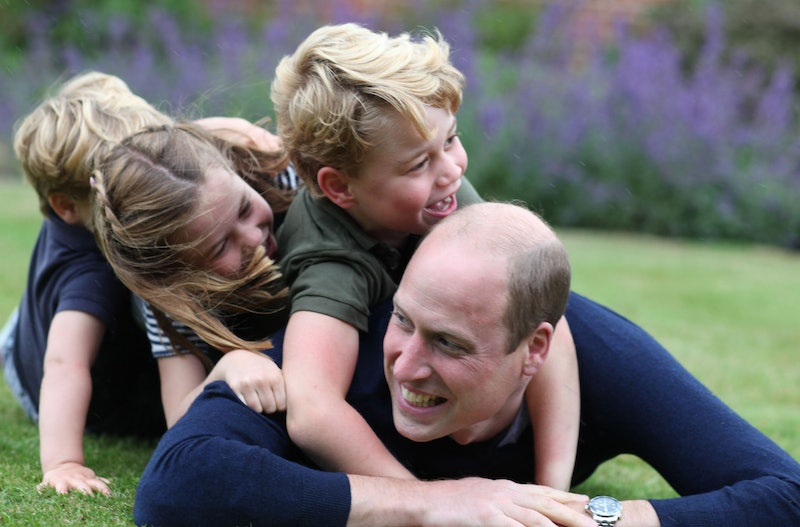 Early bedtimes can be a struggle for a lot of parents, but Prince William has found a way to get his children ready for bed and it involves the soothing voice of a British national treasure. During an interview with BBC Radio 4 for the Today programme, William explained that just the mention of a David Attenborough documentary has become the perfect wind down for George, Charlotte, and Louis.

"It's amazing at bedtime when I can crowd the children, just shouting 'we're going to watch one of David's documentaries' and they come herding in," he told Radio 4 presenter Nick Robinson (via The Sun), mentioning that they'd just watched one of Attenborough's latest documentaries. "It's the easiest way to catch my children and get them ready for bedtime."

But sometimes the nature documentaries can be a little too sad for George. "The most recent one — the extinction one — actually George and I had to turn it off," he said (via Red Online). "We got so sad about halfway through. He said to me 'you know I don't want to watch this anymore." The prince recently asked Attenborough which animal he thought would be the next to become extinct in a video shared on the Kensington Royal Twitter page.

William went on to explain how his son wanted to know why so many animals becoming extinct. "You know, he's seven years old and he's asking me these questions already, he really feels it," William added. "And I think every seven-year-old out there can relate to that."

More like this
Princess Diana’s Brother Shared A New Photo Connected To Her Childhood
By Darshita Goyal
Helena Bonham Carter Doesn't Think 'The Crown' “Should Carry On"
By Sam Ramsden
The Spice Girls Are Set To Reunite At King Charles III’s Coronation
By Sam Ramsden
David Beckham’s Controversial Qatar Deal Skyrocketed His Net Worth
By Catharina Cheung
Get The Very Best Of Bustle/UK
Sign up for Bustle UK's twice-weekly newsletter, featuring the latest must-watch TV, moving personal stories, and expert advice on the hottest viral buys.