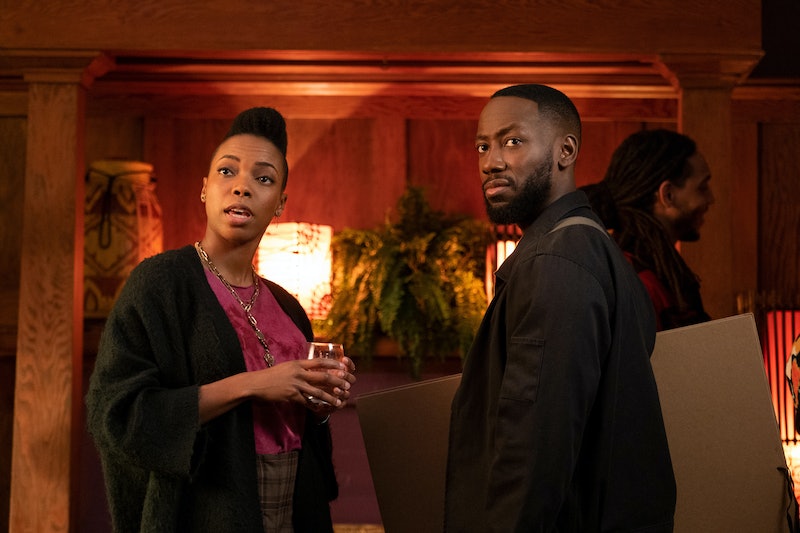 After Keef Knight (Lamorne Morris) spent a whole hour and 15 minutes behind bars in the Season 1 finale of Hulu's Woke, he exited the police station to find he'd become the face of a new social justice movement. The episode's final words, spoken by Keef's animated marker (voiced by J.B. Smoove): "And so it begins." Although Hulu has yet to announce if there will be a Woke Season 2, more episodes seem to be very much on the drawing board.

Though Woke was made before the May killing of George Floyd and ensuing protests across the country, the irreverent hybrid live-action/animated comedy's tackling of issues like racism and police brutality now feel more relevant than ever. "This time that we're living in now has activated me," Morris recently told Entertainment Weekly. "It's activated a lot of people. And I think this show showcases that. What do you do when you have a voice, but you're kind of scared to use it? I think that theme of the show would resonate with a lot of people. It got an immediate reaction out of me."

The native Chicagoan also opined that each episode's message — and the show, in general — only "gets better and better... and it gets deeper and darker."

Plus, there's the fact that real-life cartoonist and series co-creator Keith Knight inspired Woke, providing plenty more material to mine. The artist explained to NPR that, much like Keef, police racially profiled him in a case of mistaken identity while he was putting up playbill posters in San Francisco. Since then, he's been creating socially conscious comics, including The Knight Life, (th)ink, and the K Chronicles, for more than two decades. "Racism is evergreen," Knight told The Washington Post.

In terms of Woke's future, the ball now seems to be in Hulu's court. Either way, Keef's willingness to make use of his newfound "wokeness" has just begun.