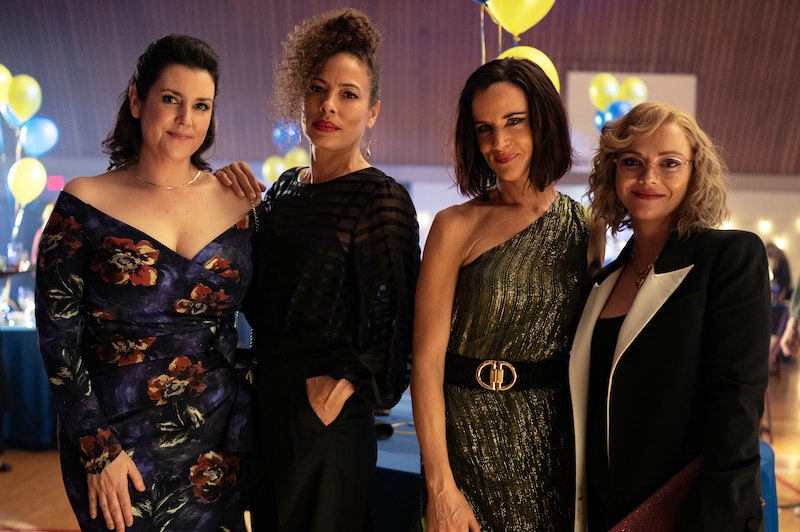 Yellowjackets hive, unite. The hit Showtime series — which has amassed a cult following and spawned dozens of Reddit theories since its November premiere — concludes its first season on Jan. 16. But not to fret, it will be back for more: it already landed a Season 2 renewal in December.

“It’s done extremely well in terms of streaming subscriptions,” Showtime’s President of Entertainment Gary Levine told Deadline of Yellowjackets, calling the show “an unadulterated sensation.” “It was our second biggest series debut ever on streaming, and it’s grown each week on streaming by double digit percentages. In terms of acclaim, in terms of buzz – no pun intended — and in terms of hard numbers, this show has just exploded. For it to be embraced as quickly and as deeply as it was by both audiences and critics alike, that’s a little like catching lightning in a bottle — you can never anticipate that but boy, it’s awfully sweet when it rarely happens.”

At the time, Levine noted that Season 2 hadn’t yet been mapped out. “We have not heard the pitch for Season 2. The writers room has not even come together yet; they are going to come together in January,” he told Deadline. However, he added that the Yellowjackets team does “have some loose ideas” about where they want Season 2 to go, and there are certainly some guesses we can make about what’s to come based on that cliffhanger finale. Here’s what we know so far. (Spoilers ahead for the Season 1 finale).

A premiere date hasn’t yet been announced, but production will likely take at least a year. Given that the scripts have yet to be written or approved, a January 2023 premiere date may be the earliest we can expect Season 2.

All of the adult leads — including Shauna (Melanie Lynskey), Taissa (Tawny Cypress), Natalie (Juliette Lewis), and Misty (Christina Ricci) — will assumedly return. We’ll also likely meet an adult Lottie, who’s mentioned in the final moments of Season 1. Not only is she the one who emptied Travis’ bank account after he died, it appears she’s now the head of a cult that uses the same symbol carved in the forest and the cabin.

The younger versions of the characters — played by Sophie Nélisse, Jasmin Savoy Brown, Sophie Thatcher, Sammi Hanratty, and Courtney Eaton — will almost certainly be back as well. Just don’t expect to see Peter Gadiot (Adam) or Ella Purnell (Jackie). Shauna killed Adam toward the end of Season 1, while Jackie froze to death outside after Shauna banished her from the cabin. RIP to all those theories that Jackie was still alive.

The Season 1 finale includes several reveals. Natalie is kidnapped by the minions of an adult Lottie, who is apparently running a cult. We also learn that Taissa has erected a creepy altar in her basement, seemingly suggesting she’s part of said cult. Jessica — the private investigator Taissa hired — crashes her car and passes out (or possibly dies?) after Misty releases her. And Shauna’s daughter Callie suspiciously watches a news story about Adam going missing. In the past timeline, the Yellowjackets begin to fracture. After Jackie’s death, a teen Lottie offers a bear heart to a hollowed out tree as Van and Misty kneel behind her. “Let the darkness set us free,” she says, signifying her turn into the Antler Queen seen at the start of Season 1.

This ending leaves quite a few threads for Season 2 to explore. In an interview on The Hollywood Reporter’s podcast, the Yellowjackets creators revealed they pitched the show as a “five-season idea.” So expect many more horrific twists and turns to come.