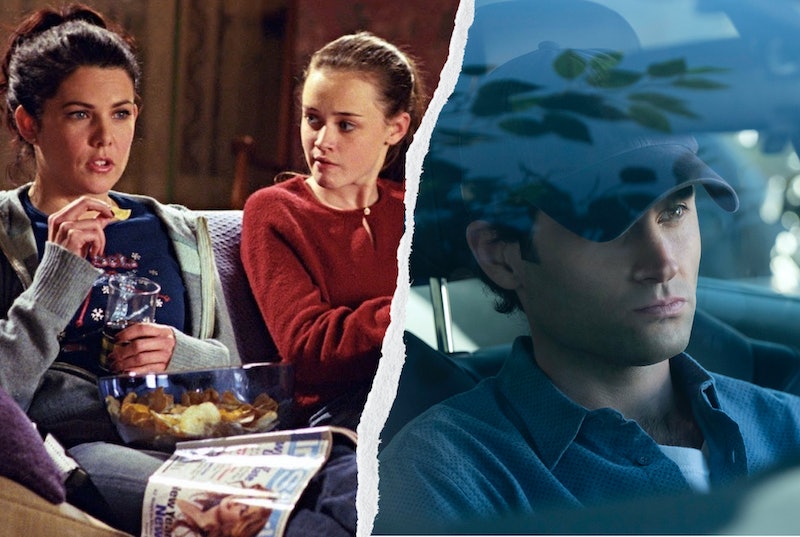 The CW/Netflix
By L'Oréal Blackett
November 8, 2021

When it comes to much-loved series, You and Gilmore Girls couldn’t be further apart on the television spectrum; what with Gilmore Girls being a wholesome family heart warmer about a mother-daughter relationship and You featuring a stalking maniac with serious blood-lust. However, last month, when season three of You returned to Netflix, some eagle-eyed viewers were quick to notice a connection between You and Gilmore Girls connection, and as fan theories go, this one is perhaps the most unexpected of late.

To recap, at the beginning of season three monologuing stalker Joe Goldberg (Penn Badgely) and his new wife Love Quinn (played Victoria Pedretti) have moved into their suburban neighborhood of Madre Linda in an attempt to live a normal (non-murdery) life with their new child. And it’s likely you were possibly distracted by all the murdering in the latest season of You to notice that A Fresh Tart — the bakery owned by Love that becomes a front for kidnapping — was actually based on the very same street as Luke’s Diner in Gilmore Girls. You know, the cozy Stars Hollow diner where Lorelai and Rory Gilmore spent most of their mornings for over a decade?

After a video was shared on TikTok, fans on social media went wild, with one tweeting, “no cos why can i actually imagine dark gilmore girls LMAOOOO turning point was when rory went to yale.”

After the discussion went viral online, a Netflix rep confirmed, per E!, that the two shows were filmed on the same Warner Bros back lot in Burbank, California, and A Fresh Tart is in fact based across the street from Luke’s Diner. Interestingly, the suburban backdrop has been the set for numerous other popular TV shows including Pretty Little Liars, and E! also revealed that the same bakery was the setting for the coffee shop from La La Land, where Emma Stone's character worked as a barista.

While no one's anticipating Joe Goldberg to roam the streets of Stars Hollow (thankfully) in what would possibly be the most bizarre TV crossover ever, it has personally inspired a back-to-back Gilmore Girls and You streamathon.