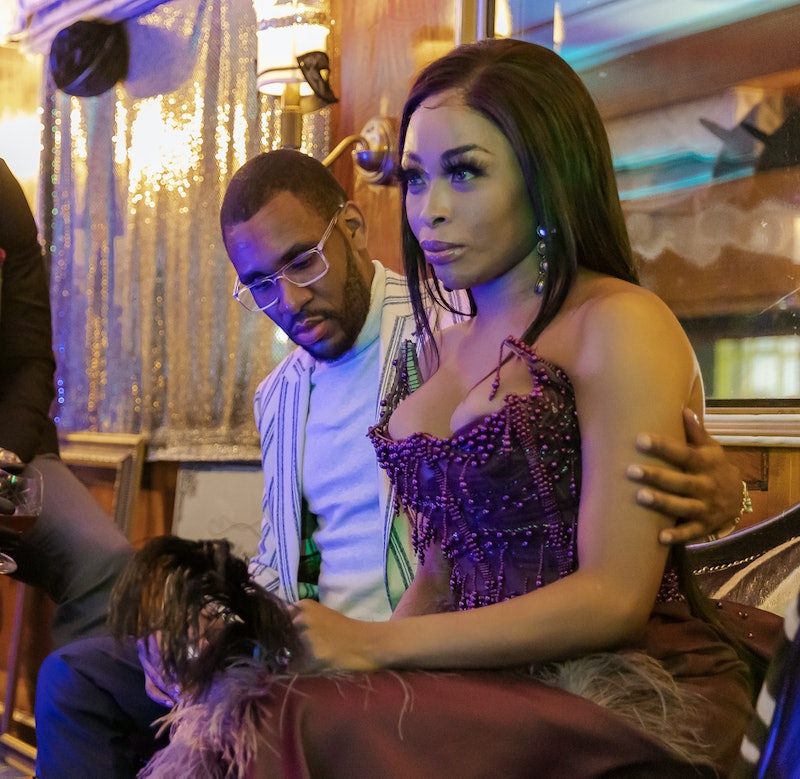 Netflix’s Young, Famous & African is the latest reality show about the glamorous lives of rich people to captivate viewers. Set in South Africa’s largest city, Johannesburg, the series follows a group of wealthy individuals from five different African countries who are all connected to its main star, South African actor and businesswoman Khanyi Mbau. Over Season 1’s seven episodes, Young, Famous & African sees the group focus on their careers, friendships, and love lives. Despite Khanyi’s presence as the series focus, her boyfriend Kudzai Mushonga takes a backseat after he’s introduced as a mysterious millionaire businessman. But thanks to some internet sleuthing, we know a bit more about Kudzai’s job and background.

In Season 1’s inaugural episode, Khanyi, 35, introduces Kudzai and claims he lives a “crazy life” before telling viewers he allegedly “stole money.” According to reporting by The South African, the pair first shared their relationship on Instagram in February 2021, and shortly afterward, fans found out Kudzai’s allegedly wanted by the Zimbabwean police for his involvement in a fraud scandal. “They were writing fugitive this, wanted this, but the person who wrote that story, they were just targeting me because I’m newsworthy,” Kudzai said in one of his few lines on Young, Famous & African.

Information about Kudzai is difficult to verify, as he doesn’t have a social media presence and hasn’t spoken to reporters since the series dropped on March 18. According to the publication Blurred Reality, Kudzai allegedly defrauded a microfinance company out of $166,000 in 2016, which supposedly landed him on a Zimbabwe wanted list. Aside from these alleged crimes, the 28-year-old has previously worked as a musician under the stage name Ndege Boy and holds a rumored net worth of $5 million.

Elsewhere in the premiere episode, Khanyi spoke about her affliction for men with a troubled past and that connection to Kudzai. “I don’t know why I seem to attract them,” she explained. “My baby daddy also had a scandal about how he got his money. I don’t know, maybe I’m a gangster chick. So if he is one, I literally don’t care.”

Kudzai’s girlfriend may not be bothered by his past, but their fellow Young, Famous & African co-star Quinton “Naked DJ” Masina expressed some concerns. “All I know is he’s from Zimbabwe. I don’t know what he does for a living, but I know that he’s a businessman,” Naked said in Episode 1. “But what kind of business? What he does? I have no clue.”

As long as the Zimbabwean police don’t find Kudzai anytime soon, signs point to him and Khanyi potentially tying the knot in the near future. Alongside a recent Instagram photo of the couple, she referred to him as her “hubby” in a heartfelt caption. “My silent cheer leader and fighter, my family, my guide. How you do it? Truly beats me,” Khanyi wrote. “My love, my hubby, my heart. Thank you for remaining constant.”

More like this
Chrishell Stause & G Flip Have “No Rules Or Regulations” In Their Relationship
By Brad Witter
Bachelor Nation's Blake Horstmann Is Dating 'Love Is Blind' Star Giannina Gibelli
By Jake Viswanath and Radhika Menon
‘RHOA’s Shereé Whitfield’s Boyfriend Tyrone Gilliams Hinted He’s Single
By Brad Witter
Move Over, 'Sunset'! The Drama-Filled Trailer For 'Selling The OC' Is Here
By Nola Ojomu
Get Even More From Bustle — Sign Up For The Newsletter