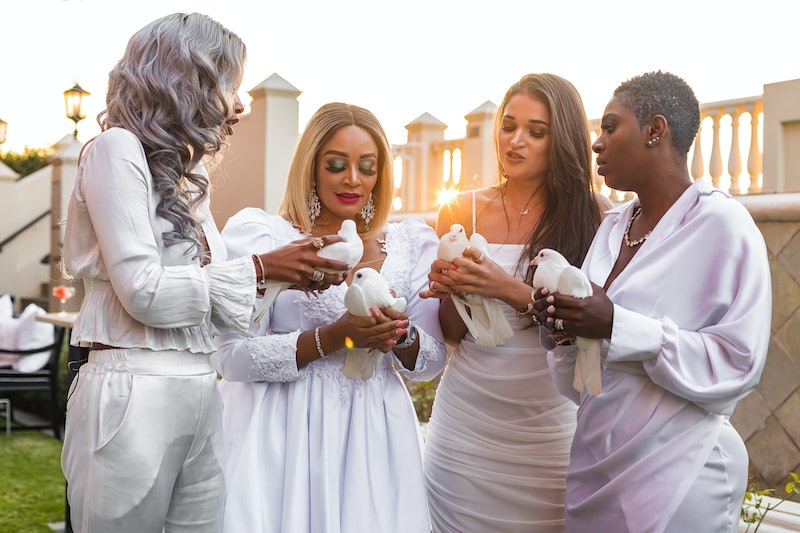 The first season of Netflix’s lavish new reality series hit the streaming platform on March 18, but we’re already clamoring for more Young, Famous & African. Set in Johannesburg, the series follows some of the most prominent and affluent personalities hailing from South Africa, Nigeria, and East Africa as they take their music, acting, style, and entrepreneurial careers to higher heights. The series also follows the swanky set of friends (and some exes) as they try to find love, whether by dating new people, rekindling romances with former flames, or creating a love triangle. This series truly has everything!

While the streaming platform’s first African reality series has been well-received, Netflix hasn’t made any announcements on the fate of the show just yet, but here’s everything to know about what could go down in Season 2 if Young, Famous & African is renewed.

If the show is renewed for a second season, all 11 original cast members are likely to return, including the show’s couples. South African actor Khanyi Mbau and her musician partner, Kudzai Mushonga (aka Ndege Boy), as well as husband-and-wife Innocent Idibia (aka 2Baba) and actor Annie Macaulay-Idibia, will likely be invited to come back. Radio personality and DJ Quinton Masina (aka Naked DJ) and girlfriend Kayleigh Schwark, a football player and socialite, will also likely appear in Season 2. Nigerian celebrity stylist Jeremiah Ogbodo (aka Swanky Jerry) and his debonair outfits may also return.

Exes Diamond Platinumz, the 32-year-old Tanzanian musician, and businesswoman Zarinah Hassan (aka Zari The Boss Lady) will likely come back. While Diamond made it seem like he was interested in getting Zari back, especially since they were co-parenting their children, both Diamond and Zari had other romantic interests last season: rapper Nadia Nakai and TV personality Andile Ncube, respectively.

New faces will likely also grace the show, especially if any of the original cast dates someone new. Fans could also expect people from the past to show up, like the cast’s exes, some of whom are also well-known.

If the show is renewed, the next season may continue exploring the cast’s careers and relationships, particularly those that ended on cliffhangers. The entire season, Andile and Zari seemed to be nurturing a budding romance, but Diamond — Zari’s ex and Andile’s friend — was always in the picture. During the finale, Diamond and Andile even had a heart-to-heart, with Andile confessing his “interest” in Zari, which didn’t sit so well with Diamond.

Unfortunately (spoiler alert!), we already know how that love triangle pans out, as Zari apparently chose neither of them. Since filming wrapped, Zari has moved on to someone new, entrepreneur GK Choppa. If the new couple’s extremely Instagram-official romance is spotlighted in the next season (after the fallout with Zari and the other two men), expect GK to be a new cast member. With Zari already coupled up, the other romantic arc that could be explored is between Diamond and Nadia, who could start dating again come Season 2.

Since there’s no official announcement about Season 2 yet, release date details are still TBD. Since the first season had seven episodes, viewers can expect the same number for Season 2.

This post will be updated when more information on Young, Famous & African Season 2 is released.

More like this
Bling Empire Isn’t Dorothy Wang’s First Reality TV Gig
By Brad Witter
Will ‘Bling Empire’ Return For Season 3? Here’s What To Know So Far
By Kadin Burnett
'Selling Sunset's Christine Has Finally Addressed Her Oppenheim Group Exit
By Brad Witter
Cherie & Jessey's Relationship Timeline Is As Complicated As It Seems On 'Bling Empire'
By Brad Witter
Get Even More From Bustle — Sign Up For The Newsletter