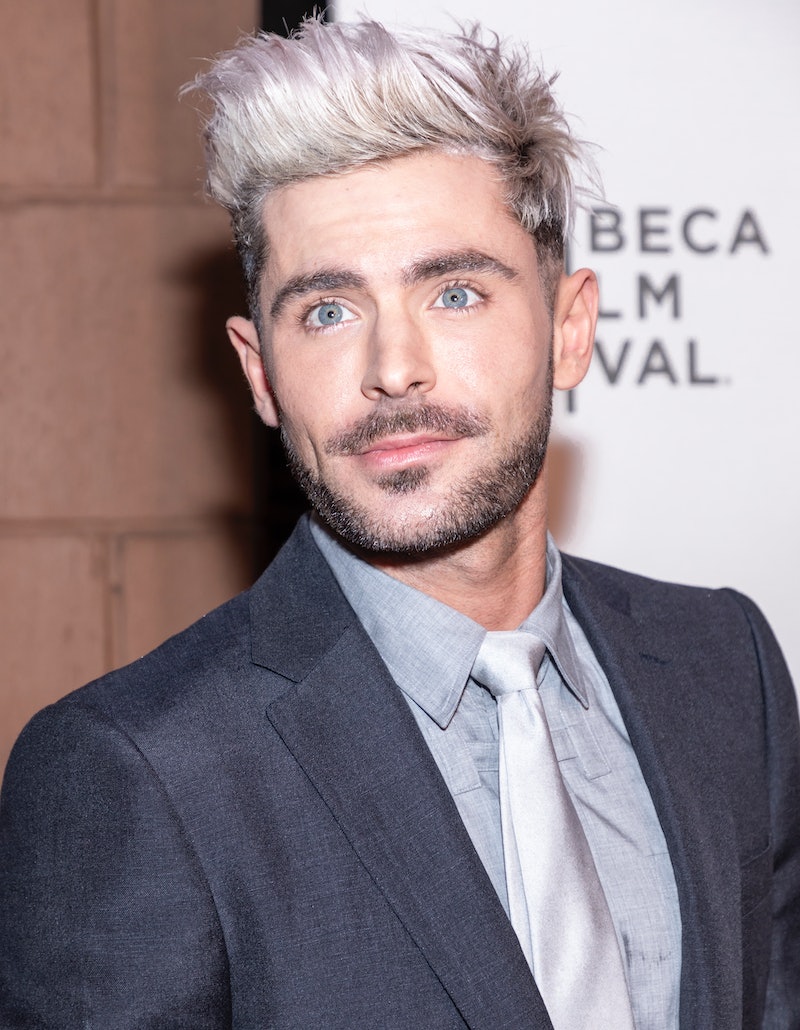 Back in 2006, Zac Efron had to get his head in the game as basketball player (and everyone's dream man) Troy Bolton in Disney's High School Musical films. Now, as he heads back to the House of Mouse, he'll be learning how to change diapers and calm a screaming baby. Zac Efron will return to Disney for a Three Men and a Baby remake, which will stream on Disney+. In other words, Efron is about to become a true daddy — kind of.

Efron is reportedly set to star as one of the three leading men in a new spin on the famous 1987 comedy. The original Three Men and a Baby, itself a remake of a French film, brought together '80s stars Tom Selleck, Steve Guttenberg, and Ted Danson as New York bachelors and roommates whose lives are upended when an infant named Mary is left on their doorstep. Rather than turn her away, they start caring for, and eventually start to genuinely love, the child — especially when drug dealers try to threaten her in what becomes a hilarious mishap. The other lead actors have yet to be cast, per The Hollywood Reporter, which broke the news on Monday, Aug. 10.

Details of the upcoming remake are still being worked out. A search for director is currently underway, and it seems the movie is still in development. Will Reichel has written the script for the remake, but it is unclear exactly how the new film will be updated or modernized. But fans don't seem to care that much, though, as what they're really excited about is seeing Efron as a hot dad. It really is what dreams are made of.

Although Three Men and a Baby will mark Efron's return to Disney as an actor, he hasn't been completely out of the loop. Most recently, during ABC's Disney Family Singalong special in April, Efron introduced the High School Musical reunion, which saw his co-stars Vanessa Hudgens, Ashley Tisdale, Lucas Grabeel, Corbin Bleu, and Monique Coleman link up with their director Kenny Ortega and a slew of Disney Channel stars for a quarantine performance of timeless classic "We're All In This Together."

A release date for the new film has not been confirmed, but if you're too impatient to see Efron in action, you're in luck. Last month, Efron released a new docu-series, Down to Earth, which sees him travel the world to explore how different countries approach sustainability and keep their environments safe. The show is currently streaming on Netflix, in case you want to see the actor live his best life before he settles down for (fake) fatherhood.