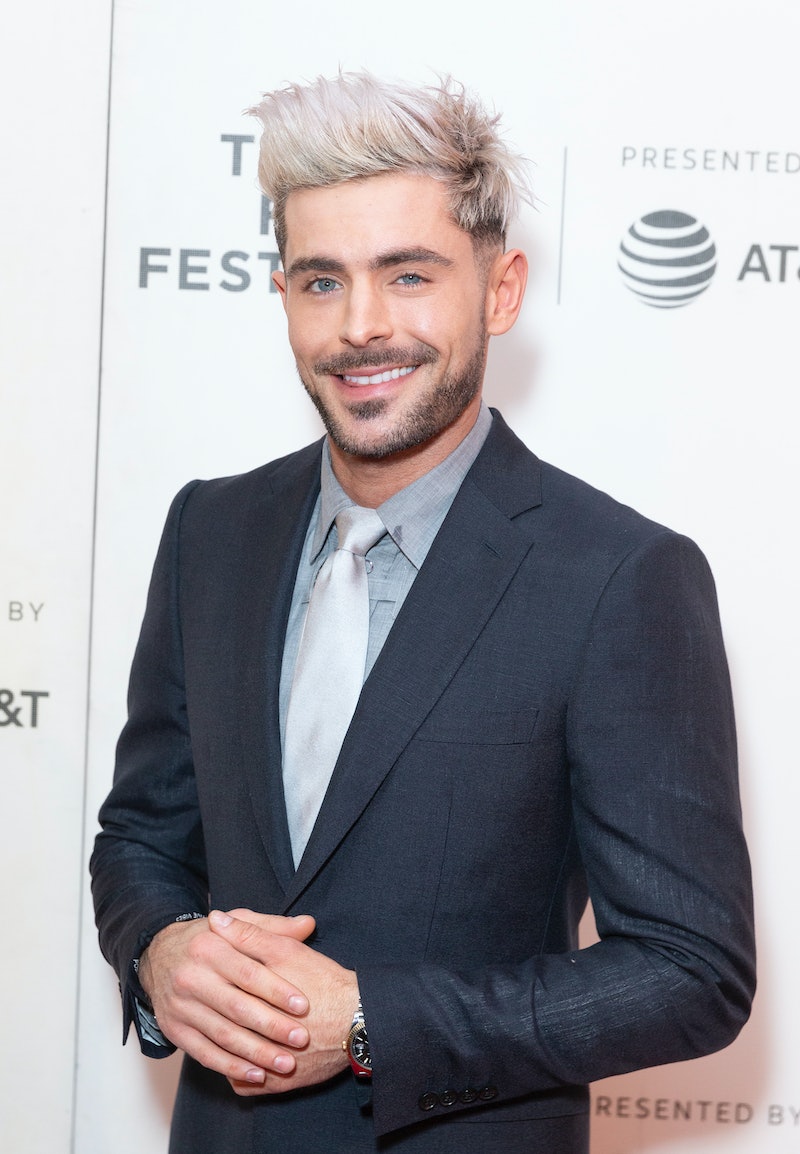 Apparently the party's in the back. During a visit to Kent Town, Australia's Attaboy salon, Zac Efron got a mini mullet, and he's rocking the look in a way very few can. The shop shared multiple photos of Efron's new 'do on Instagram, announcing they'd given him the cut after he dropped in for a "tidy up." The staff clearly has a sense of humor, adding that the Down to Earth star also gave "boss man" Robby a trim and "made him feel 17 again," referencing Efron's 2009 movie.

For much of 2020, Efron has been living in Australia, where he met his girlfriend, Vanessa Valladares, in June, according to People. The magazine reported in September that Efron, who was renting a house minutes from the beach at the time, had been house-hunting in Byron Bay, and "it really seems he plans on staying in Australia permanently." He and Valladares are now reportedly living together, with a source claiming their relationship is "very serious."

What he obviously seems to be taking much less seriously is his new hairstyle — something that may be becoming a bit of a trend for him. The well-coiffed star previously debuted a new platinum blond look last spring, admitting to Entertainment Tonight that he'd bleached his locks after losing a bet with a friend. "It's kind of a double dare sort of thing," he told to the outlet, joking that it was an homage to his childhood music idol Eminem. Efron added that he wouldn't be keeping the new hue, however, because "that would be so much work."

Surprisingly, he's not the first former Disney star to rock a mullet in 2020. Miley Cyrus has been showing off the bold look since January, and even predicted back in 2008 that the mullet would be making a comeback. "You know what, it's kind of, like, getting in again!" the singer told a reporter in a throwback clip she recently shared on Instagram, per Allure. "Like if it's edgy and spiky, it's actually kind of cool. I think it's actually starting to come back."

As for whether or not Efron's new Aussie look is hair today, gone tomorrow, admirers will at least have a new excuse to keep a close eye on him.

More like this
Your Guide To The Octopus Haircut, The Chic Shag-Mullet Hybrid
By Danielle Sinay and Jordan Murray
Doja Cat Shaved Her Head & Debuted Eyebrow Art
By Olivia Rose Ferreiro
"The Sachel" Is The New Haircut To Know Now
By Justine Knight
11 Bella Hadid Hairstyles That Prove She's A Beauty Chameleon
By Jordan Murray
Get Even More From Bustle — Sign Up For The Newsletter