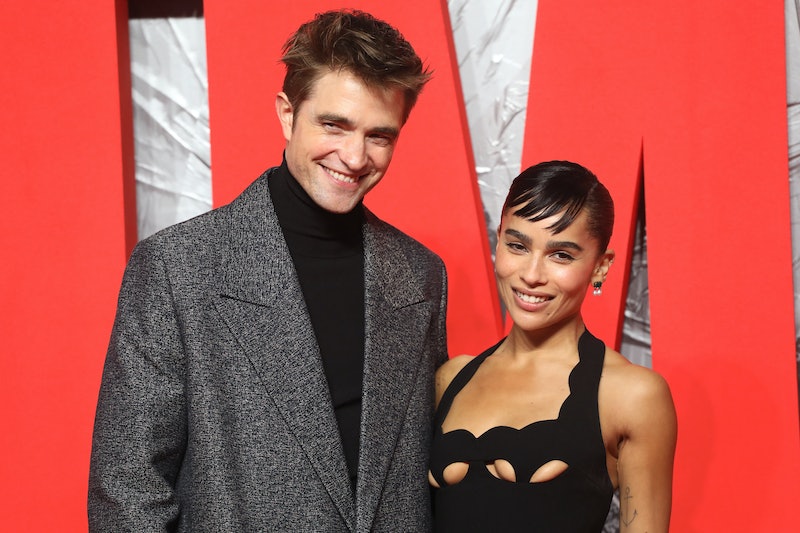 Twihards everywhere may have been pledging allegiance to Team Edward or Team Jacob in 2008, but Zoë Kravitz had other “tings” on her mind. While promoting The Batman with Robert Pattinson, the actor admitted to People that she “didn’t watch Twilight,” i.e., the record-breaking franchise that put her co-star on the map. After Pattinson, who starred as Edward Cullen in five films between 2008 and 2012, refused to believe she hadn’t seen the movies, Kravitz, who plays Catwoman, aka Selina Kyle, in The Batman, replied, “I’m sorry. Not my ting.”

That’s not to say she necessarily thought the vampire flicks sucked, though. After Pattinson joked back that it’s “not even cool to be a hater anymore,” Kravitz replied that she doesn’t “hate it,” but, rather she simply hadn’t seen and “didn’t participate in” the big screen juggernaut spawned by Stephenie Meyer’s bestselling novel series. Upon brief reflection, though, the Big Little Lies star remembered she actually had seen the first Twilight movie, just not entirely by choice since her best friend “kind of made” her go. “So I don’t really remember it, but... sorry,” she told Pattinson, who joked that she had actually “completely erased” several experiences involving him.

The playful exchange was all in good fun, though, and Kravitz has been singing the newest big-screen Batman’s praises for some time now. In November, she told Variety that she’d “seen a little” bit of The Batman, which is slated to hit theaters on March 4, and that fans would not be disappointed by Pattinson’s turn as the Caped Crusader. “Rob is perfect for this role. He was incredible. His transformation was out of this world,” she told the publication, adding that she hopes that “fans love it because we put a lot of work into this.”

Kravitz recently described a “really intense” chemistry read in October 2019, during which her co-star — who was cast first — donned an actual Batsuit. “It was intimidating, to say the least,” she explained to Entertainment Weekly, describing the anxiety-inducing move of having to remove a helmet while still looking cool. “I was convinced that was going to be my downfall.”

Meanwhile, Pattinson was experiencing anxiety of his own, even though he’d already landed the lead role. “The camera’s not even on me, it’s on the back of my head, and I’m literally having this major panic attack, just looking for emotional support from Zoë, who’s trying to get the part,” he recalled of their soundstage chemistry read.

Nerves aside, that was the moment the duo sealed the deal. “They really connected,” director Matt Reeves added to EW. “Everyone could see there was something really special between them.” Bella Swan, who?