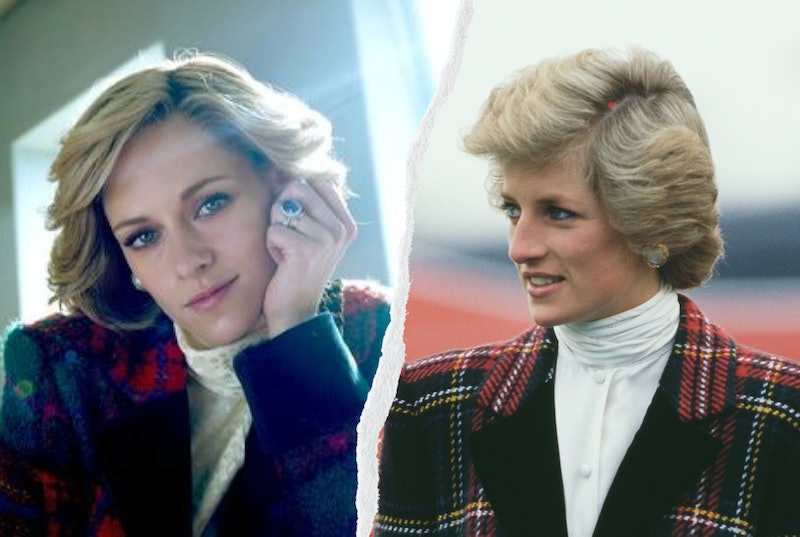 Kristen Stewart's Princess Diana portrayal on the big screen is imminent as she'll soon be starring in “Spencer.” The movie will focus on a singular weekend in the early 1990s during which the Princess reportedly decided that her marriage to Prince Charles was no longer tenable. During that time, Princess Diana was at the height of her worldwide fashion idol-ship, so it’s a sure bet that the looks will be on point throughout the film.

Though Stewart is decidedly more edgy on the daily than the late royal, there are many times that the pair inadvertently wore twinning outfits. While Stewart’s penchant may often be for vintage denim, leather jackets, and sleek black trousers, she’s long since been the face of Chanel, which has offered her a wide array of classic suiting inspiration to mix into her everyday style. And she's done just that, with everything from tweed miniskirts to longline black blazers in her arsenal. And, as such, Stewart is following in Princess Diana’s sartorial footsteps, proving just how relevant the late royal’s style remains.

Ahead, find every time that Kristen Stewart and Princess Diana twinned, proving that they are a style match made in heaven.