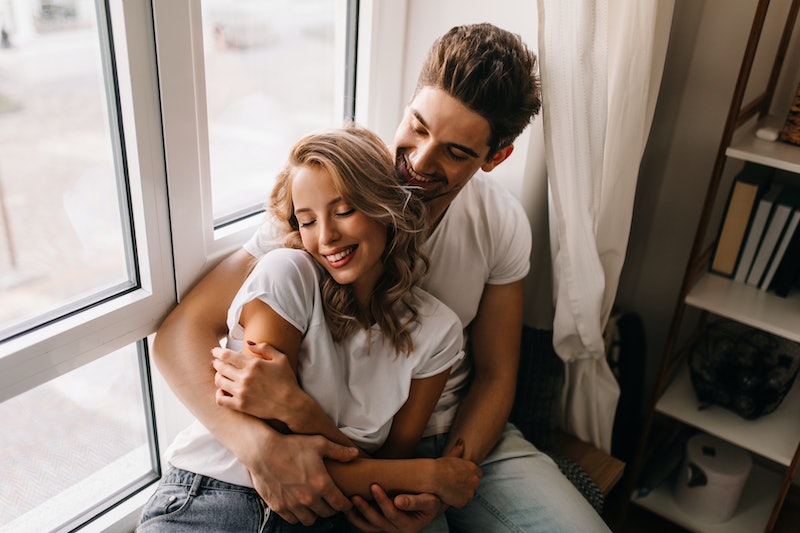 Thanks to social distancing, you've gotten closer than ever to your best friend. At first, they were just your goofy pal that you could joke around and have fun with. But after some deep, late-night conversations, you're starting to realize that there's more to them than you initially considered. In fact, you're seeing them in a whole new light. It can be easy to fall for someone when you're talking 24/7, texting nonstop, and spending almost every day together. And, according to an astrologer, there are three zodiac signs most likely to catch feelings for a friend in quarantine.

If you're looking to take your friendship to the next level, this summer, it's now or never. As astrologer Clarisse Monahan tells Bustle, connections made in the next few months may start out as "just fun," but deepen as Venus moves into Cancer on Aug. 12.

"When Venus moves into watery Cancer, our relationship themes and interests will more than likely get more emotional and deep, unlike the light and fluffy energy of Venus in Gemini that we've all been experiencing for the past few months," Monahan says. "Venus’ movement into Cancer could mark some conversations about the future and depth of a new relationship." There's never been a better time to tell your friend how you feel.

Since we're still amid a pandemic, it's not too late to see your love story fruition. Due to the Venus in Cancer energy, some zodiac signs will be feeling more drawn toward their friends over the next few months.