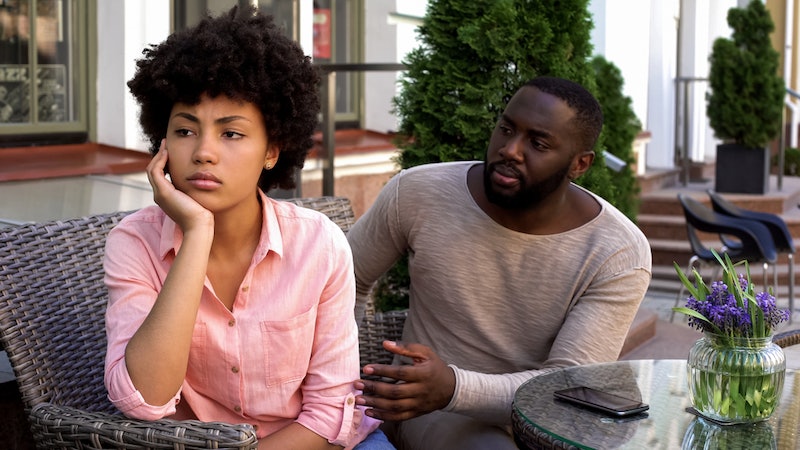 "Mercury retrograde is classically thought of as a time when computers, phones, electronics, and any form of communication are complicated," astrologer Elisa Robyn, Ph.D., tells Bustle. "But right now, it's even more difficult for everyone due to the other retrograde planets, COVID, and issues associated with our economy and politics."

When you're dealing with a lot of stress, it will affect how you show up in your relationship. You'll be less patient and more prone to misunderstanding what your partner is saying. So if you want to keep the peace in your relationship, Robyn says it's important to slow down and think before you talk. It's also a good time to work through past issues that may be causing resentment in your relationship now.

Since Mercury retrograde is in Cancer, some zodiac signs will feel its influence more than others. According to Robyn, these three zodiac signs are most likely to have relationship drama during this summer's retrograde.